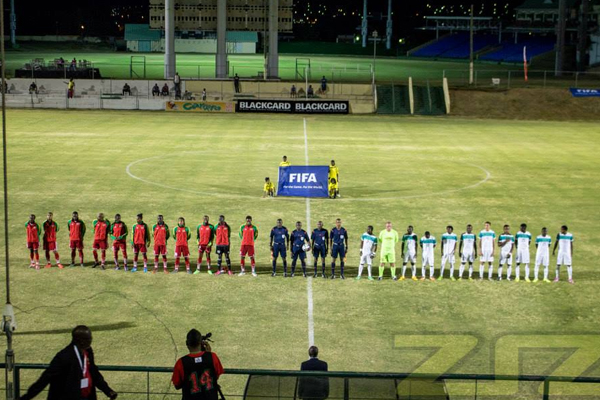 Basseterre, St. Kitts — A hat trick form Harrison Panayiotou and a brace from Josh Leader powered St. Kitts and Nevis on Thursday March 26th to another 6-2 victory over Turks and Caicos on their home turf.

According to FIFA.com, after falling behind 2-1 through two penalties by Widlin Calixte, the Sugar Boyz responded with five unanswered goals to repeat the convincing score line from earlier in the week.

Turks and Caicos’ scoring started in the fourth minute through a Calixte penalty. Leader however equalized for the Sugar Boyz three minutes later, before Claxte got another penalty to give his side an early 2-1 lead.

Leader then equalized the game in the 30th minute before a penalty from Panayiotou three minute later gave St. Kitts and Nevis a 3-2 half time lead.

Panayiotou then added goals in the 55th and 60th minutes to complete his hat trick. Ryan Robbins completed the scoring in the 73rd minute to ensure St. Kitts and Nevis progress to the second round of the FICA World Cup Qualifier on a 12-4 aggregate victory.

They will now face El-Salvador in June in a home and away tie.