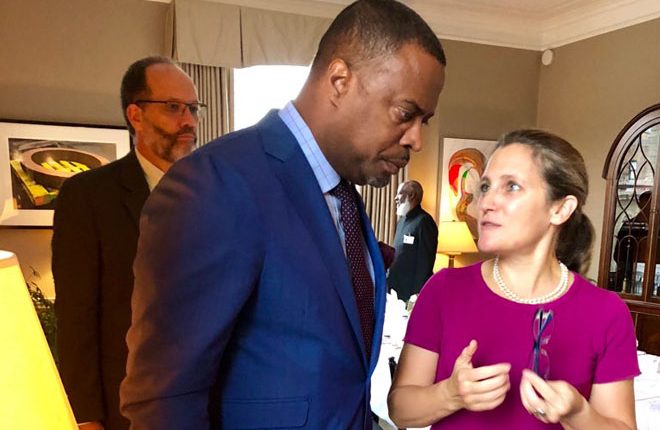 Both foreign ministers briefly discussed the way forward for intensifying the strong diplomatic relationship between the two countries.

During the Caribbean- Canada meeting, the CARICOM Foreign Ministers thanked the Government of Canada for its continued support in the region and discussed ways in which the countries can further deepen cooperation on climate change, renewable energy, restrictions on travel to Canada and other areas.