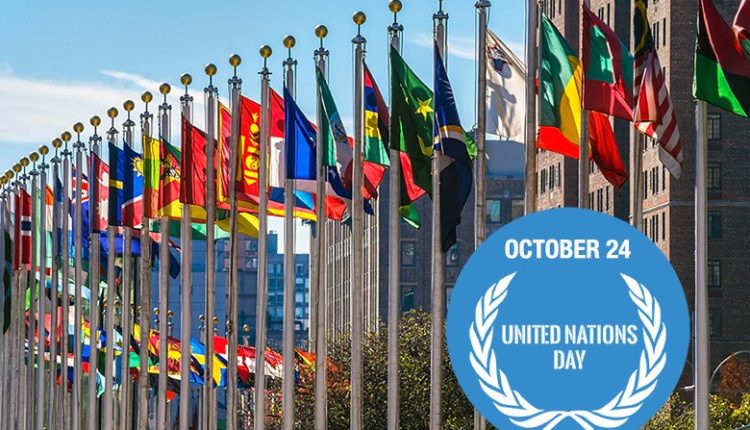 Basseterre, St. Kitts, October 23, 2019 (SKNIS): St. Kitts and Nevis will join other United Nations (UN) member states to celebrate UN Day on Thursday, October 24, 2019. The theme for this years’ observance is “Our Planet. Our Future.”

UN Day marks the anniversary of the entry into force in 1945 of the UN Charter. With the ratification of this founding document by the majority of its signatories, including the five permanent members of the Security Council, the United Nations officially came into being. October 24 has been celebrated as United Nations Day since 1948.

“The objective is to celebrate everything that the United Nations represents and all of the achievements that have been made since 1945. So it is a very important day because it allows us to focus on the work of the United Nations and the importance and the relevance to the people of St. Kitts and Nevis in particular,” said Samuel Berridge, Senior Foreign Service Officer in the Ministry of Foreign Affairs, during his appearance on ‘Working for You” on Wednesday, October 23, 2019.

Mr. Berridge expounded on the importance of the United Nations to the people of St. Kitts and Nevis.

“We are a sovereign country and with sovereignty comes dignity, comes pride, and it also enables us to engage with our developing country partners and all friendly countries. There are 193 countries in the United Nations, and that is a lot of scope for engagement – and we can advance our development,” he said. “When you speak to countries, when you build up relations, when you strengthen the bonds of friendship, you put your country in a better standing to gain assistance and to advance the cause of development.”

The senior foreign service officer outlined one of the main purposes of the UN, which is to foster friendly relations among all countries. He noted that, “By doing such, we are actually fulfilling our mandate in the international community. We are being a responsible state.”

The Federation of St. Kitts and Nevis joined the United Nations on September 23, 1983 as its 158th member.