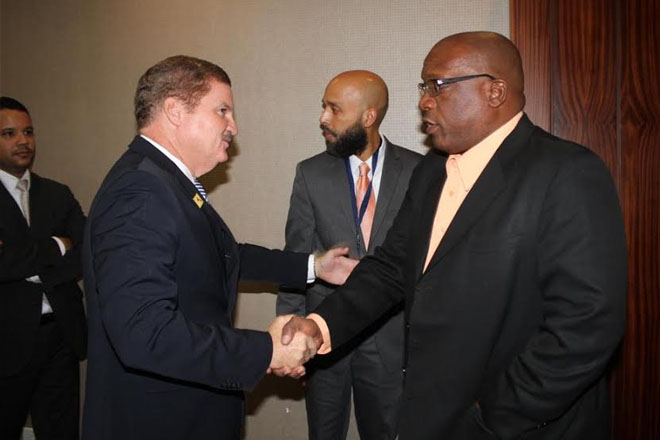 The Leaders met on the margins of the recently concluded Summit of the Americas in Panama. The meeting focused on areas of interests such as green energy. PM Harris informed Prime Minister Elam of the number of sustainable energy projects that St. Kitts-Nevis has been involved with. Dr. Harris also noted that St. Kitts-Nevis is always seeking new partners to help advance the cause of green energy. Prime Minister Elam has in turn invited PM Harris to the Green Aruba Conference to be held in October of 2015.

The meeting was described as extremely fruitful and will serve as the catalyst for a mutually beneficial relationship between both countries going forward.