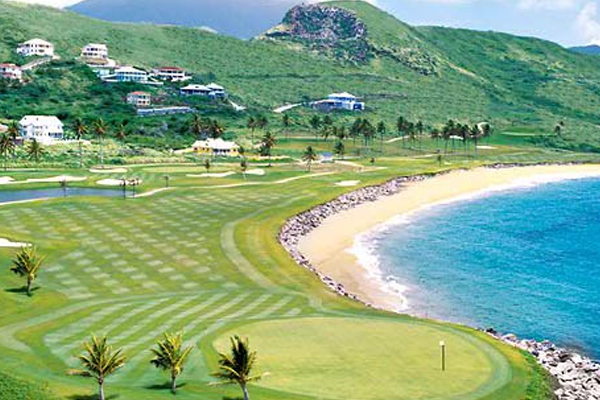 That was confirmed on Friday when the organisers hosted a media briefing at the St. Kitts Marriott Club House.

The St. Kitts Open Championship is a 36-hole, stroke play tournament, which draws some of the top amateur players from around the Eastern Caribbean region.

Vice President of the Royal St. Kitts Golf Club, Lee Bailey said participation in this year’s open championship has been limited to 120 competitors.

He said, “We’ve got people from the US Virgin Islands, from Antigua, from St. Lucia, from France, from England, from Canada, Barbados, Trinidad and Tobago, Ireland, St. Maarten, Belize, USA, Dominica and Anguilla. So it’s a healthy mix and I imagine that the competition this weekend is going to be very, very fierce.”

“Year after year based on the participation, particularly from regions that go beyond the boundaries of the Caribbean, it speaks volumes for the credibility of this tournament, for the stature of this tournament within the wider Caribbean area,” he noted.

Head Golf Professional at the Royal St. Kitts Golf Club, Joel Mceachrane said despite several challenges, the golf course is in a great condition for the this weekend’s tournament.

The two-day tournament commences on Saturday 23rd and ends on Sunday 24th at the Royal St. Kitts Golf Club.