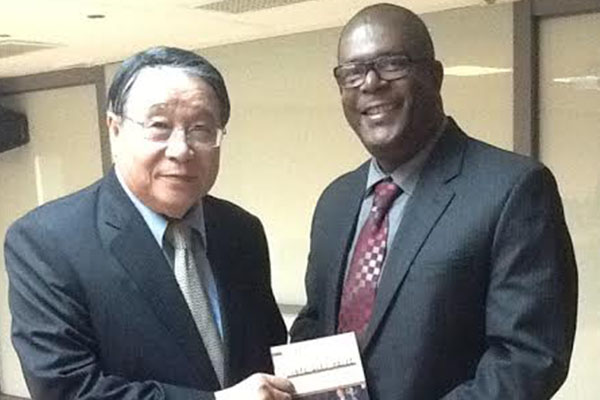 Held from March 24th to 30th, the conference featured visits to a number of places including the National Palace Museum, the Council of Agriculture, Taiwan’s Root Medical Peace Corps and the International Cooperation and Development Fund.

Speaking with ZIZ news following his trip, O’garro said he was grateful for the opportunity.

“It was a gathering of an international press group featuring journalists and reporters from Africa, the Pacific Islands, the Caribbean, and Central America. A lot of it had to do with the overseas cooperation between Taiwan and countries that they have established diplomatic relations with,” he said.

He then revealed what he thought was the most memorable aspect of the trip.

“The high point for me was actually getting a descriptive edition of the history of Taiwan from Taiwan’s former ambassador to the United States Mr. Stephen Chen,” he said.

When asked about the potential benefits that the recent workshop could bring, O’garro said “The Taiwanese have been, of course, very close friends of St. Kitts-Nevis since Independence 30 years ago. They have now become very close friends of ZIZ as well because we are the main supplier of news and information from the federation. We do a lot of cooperation with events including their government and their country as well. As for ZIZ, what we’re doing is that we are hoping to spread the good news of how important Taiwan has been for us as a country and of course, whatever comes along with that.”

As part of the conference, the participants also heard from the Deputy Minister Of Mainland Affairs Council, The Chief Secretary For Bureau Of Foreign Trade, The Ambassador For The National Security Division Of The National Policy Foundation, among others.