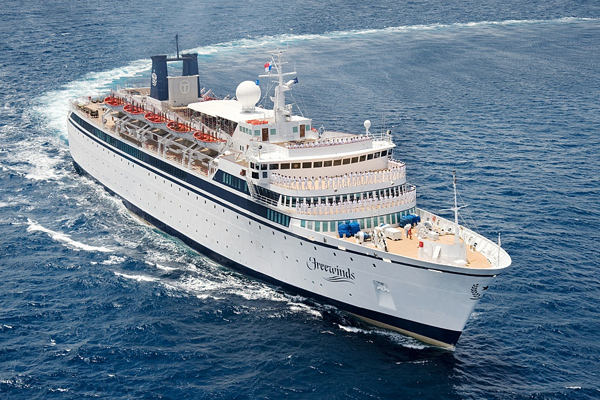 Basseterre: On Saturday Port Zante will come alive with music, dancing and a magnificent display of fireworks to celebrate Freewinds’ 25thAnniversary of sailing in the Caribbean.

Since 1989 the Freewinds has visited the Federation hosting concerts, receptions and movie performances, usually free for residents of the Federation, or in support of local charities through entrance fees. Local artists have also been invited to perform on the ship.

Freewinds will start its 25th Anniversary cruise on that same night with a cast-off party, after a concert on Port Zante.

St. Kitts and Nevis’ Prime Minister the Rt. Hon. Dr. Denzil L. Douglas and Minister of Tourism and International transport, Sen. the Hon. Richard “Ricky” Skerritt are expected to join local officials and industry leaders for a cocktail reception, as part of the celebration on Port Zante.

Minister Skerritt said he is proud that the Freewinds chose St. Kitts to celebrate its milestone.

“It is a great honour for St. Kitts to host such an important event,” Minister Skerritt said. “The decision to start the celebration in St. Kitts clearly shows we are on the right track in further developing our cruise facilities.”

Freewinds Port Captain, Ken Weber, said St. Kitts has always been a special stop for the ship, and so the decision to have the celebration on Port Zante was an easy one.

“The celebration is intended to start the cruise with a big send off, and being that it is the 25th Anniversary, this event will indeed be extra special,” Port Captain Weber said.

The Freewinds is a luxury liner, with leisure facilities that include a restaurant, lounge, cabaret, swimming pool, movie theater and beauty salon. The ship has a capacity of 300 passengers, and is a retreat for members of the Church of Scientology.

The 25th Anniversary Celebration is schedule to start at 7pm on Saturday on Port Zante, with a reception and concert for invited guests. At about 10pm the Freewinds will cast off during a glorious display of fireworks, of which the general public is invited to witness.