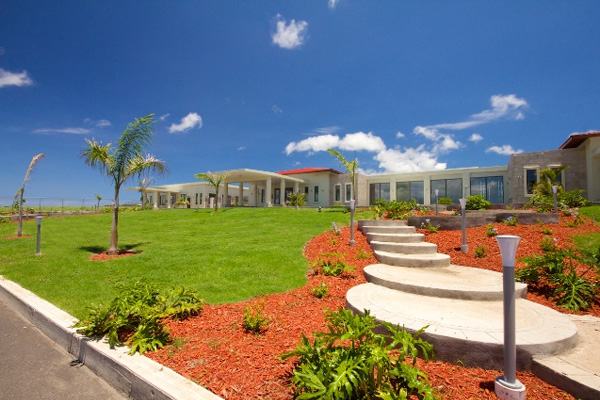 Basseterre, St. Kitts (CUOPM) – The recently opened, YU Lounge at St. Kitts’ Robert L. Bradshaw International Airport is not only been touted as the Caribbean’s newest airport lounge, but also one of the region’s best.

According to Caribbean Journal, the lounge, which opened in May, not only has both an arrival and departure wing, it also boasts, its own immigration office, meaning you get to skip the long lines at passport control. It also had its own Customs Office.

“The price comes in at around US$167 (that’s in part because most of those using it will be arriving on private jets), but that includes the tarmac pickup, the expedited customs and unlimited food and drink and fast Wi-Fi. And once you’re sitting on the couch, sipping fresh lemongrass tea, you’ll feel like a million dollars anyway,” said Caribbean Journal.

Announcing its opening, the company said Yu Lounge is designed to deliver a seamless and efficient fast-tracking service to individuals and small groups flying into St. Kitts either by private jet or by commercial flight.

In a recent comment on the opening, St. Kitts and Nevis’ Minister of Tourism and International transport, Sen. the Hon. Richard “Ricky” Skerritt said the facility now gives the twin-island destination a competitive edge in appealing to the discerning luxury market that requires the world-class, customer-centric service it provides.

“I am pleased that our visitors will now have the option for such a luxurious arrival and departure experience, almost as if their resort or villa accommodation experience has begun and ended at the Airport itself,” said Sen. Skerritt.

The buildings, the interior furnishings, and landscaping were designed by Bobby Mukherji & Associates, recognized as one of India’s top ten design firms, and constructed by Lennox Warner & Associates, a local St. Kitts general contractor.

The private terminal is the result of a joint-venture effort between the Government of St. Kitts and Nevis, the St. Christopher Air and Sea Ports Authority (SCASPA) and the Veling Group with full ownership to be transferred to SCASPA at the end of the concession contract period.

Veling is an aviation company with activities in aircraft sales and leasing that is headquartered in Mauritius with offices in London and Dubai.