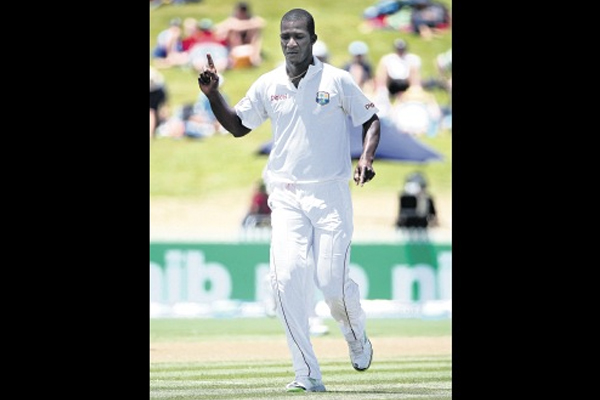 Sammy called it a day from the longer format of the sport shortly after West Indies selectors removed him after a near four-year reign as captain.

Selectors have replaced him with the Trinidad and Tobago wicketkeeper, Denesh Ramdin, who will lead the regional side in the upcoming New Zealand series.

“Darren Sammy’s announcement of his retirement from Test Cricket was sudden,” Prime Minister Anthony said in a government release.

“While it may not have been an unexpected decision for many cricket enthusiasts, it was indeed a shock to many Saint Lucians.”

The St Lucian leader praised Sammy’s humility and enthusiasm as attributes which he said should be emulated.

Prime Minister Anthony complimented Sammy for taking on the role of West Indies captain during a period of disarray in the regional side.

The St Lucian all-rounder has often been credited with uniting the squad and returning stability and discipline.

“He brought comfort that as West Indians we can be proud of our identity, our history and our class in all endeavours,” said Anthony.

“He was given the most unenviable task and he never shirked, complained or shied from the responsibilities or consequences of his leadership”.

“It is ironic that West Indies Test Cricket has lost Darren at a time when he is the only West Indian to feature in the Reliance Top 10 test ranking for all rounders,” the Prime Minister pointed out.

“Nevertheless, as a government, we respect the decisions of the West Indies Cricket Board and that of Darren Sammy,” Prime Minister Anthony went on.