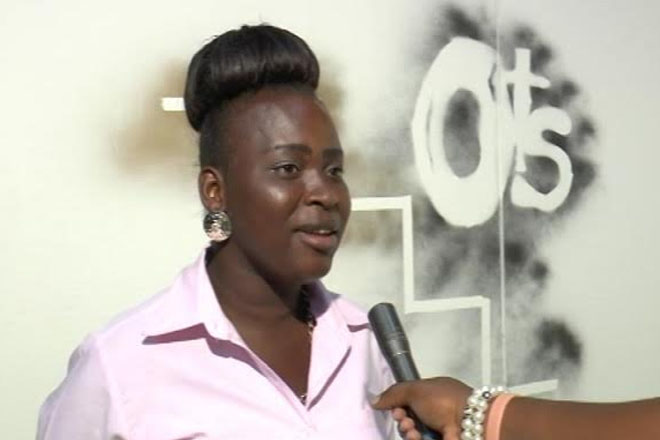 Mason says she was in bed when she learnt she had won.

“I just heard my voice in my ear like singing. So, I just peeped on the TV and was like ‘Oh my, I win’ so my children ran and came ‘Mommy Mommy you win’. I was so excited. VIP? Like VIP? Never expected, you know, VIP,” she exclaimed.

Mason said her journey began with a casual encounter with the People’s Show host, Pinocchio.

“We were in KFC sitting down and here comes Pinocchio saying ‘St Paul’s how about you enter into the Sing Your Way through’. I was like man, let me give it a try,” she explained.

For the past few weeks, ZIZ’s Production Team has navigated throughout St. Kitts and Nevis in search of contestants for the annual competition.

With no registration fee charged, music lovers were asked to sing a song from their favourite artists on this year’s St. Kitts Music Festival line up.

Mason recorded her entry with a song from the Small Axe Band and her entertaining performance helped to secure this year’s prize.

Meanwhile, a student at Charles E. Mills Secondary and a young woman from Nevis have won the ZIZ Sing Your Way to the Music Fest People’s Choice Contest.

From St. Kitts, Thalia Wigley won a complimentary ticket for a night of her choice at the Music Festival after a video of her singing Ciara’s “I Bet” to her puppy amassed the most likes on ZIZ’s Facebook page.

ZIZ Radio will continue the ticket giveaways every day this week until Friday.