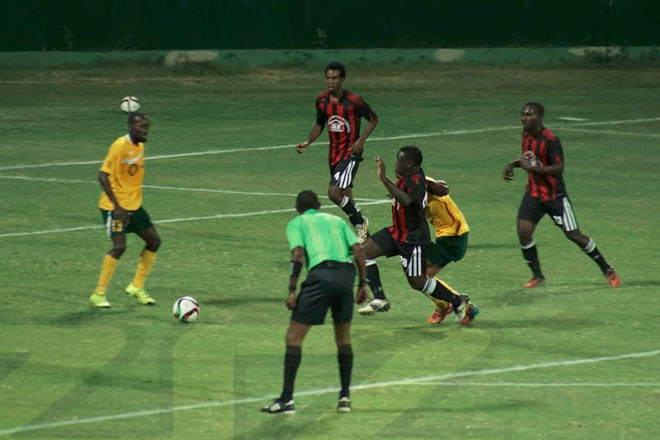 St. Paul’s United Wins Back to Back Titles

The dozens of supporters of the St. Paul’s united football team were sent into frenzy as the final whistle blew signalling their team’s triumph in the tightly contested final.

After winning game one on Saturday evening, St. Paul’s dominated the defensive game to claim the championship title and bragging rights for another year.

The only goal of the game came in the 30th minute, after Keithroy Freeman beat his defenders and sneaked the ball passed the Conaree goalkeeper.

Early on, Conaree squandered a few scoring opportunities as they failed to get the ball past st. Paul’s goalkeeper Jamal Francis.

Francis went to claim the first ever Golden Glove Award, as he was adjudged the best goalkeeper in the Premier Division during the 2014/15 season by allowing the least scored goals.

Francis also claimed the final’s Most Valuable Player Award to cap off his fantastic playoffs performance.