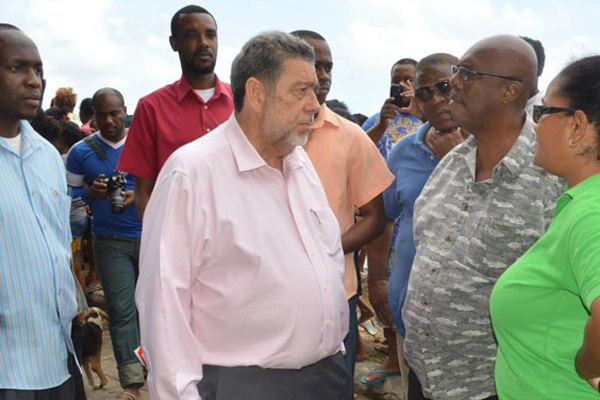 Kingstown, St Vincent — The formal opening of parliament in St Vincent and the Grenadines has again been postponed until a day to be determined next week following Monday’s tragic vehicular accident in which at least five schoolchildren were killed.

A new parliamentary session was due to begin on Monday morning; however, it was initially pushed back to Tuesday afternoon following the accident.

Tragedy struck early Monday morning when a minivan owned by the Apostolic Faith Church veered off the road and plunged into the raging sea in the Kamacrou area (between Owia and Fancy) in the northeast of mainland St Vincent.

Five persons are confirmed to have died, while 14 were being treated for their injuries – two of them at the Georgetown Health Facility and 12 at the Milton Cato Memorial Hospital in the capital Kingstown.

The search continued on Tuesday for two occupants of the ill-fated minivan who remained missing.

On Monday, students of the North Union Secondary School, where most of the children involved in the accident attended, collapsed on hearing the news.

Gonsalves has reported an outpouring of sympathy from Caribbean Community (CARICOM) heads of government.

Matters that were due to be heard in the Georgetown Magistrates court on Monday have been adjourned to later in the month.