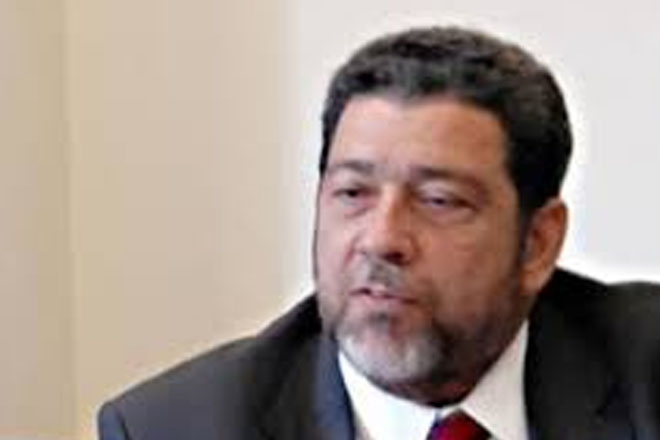 Kingstown, St Vincent — The prime minister of St Vincent and the Grenadines (SVG), Dr Ralph Gonsalves, has dismissed calls for the resignation of his communications director, Elson Crick, who recently assailed a victim of rape and sexual abuse and revealed her personal information on local radio.

Gonsalves described the issue as “petty politics” created by the opposition New Democratic Party (NDP) and that in some cases the public good supersedes a citizen’s right to privacy.

“She was abused and she get raped and all kind of thing. Well, when you check out the facts, she don’t have her story right,” Crick had asserted on air.

“The woman left here and went to Canada. She left and let me get the information for you,” Crick continued. He then announced her birth year, new legal name, passport number — even the flight number of her trip home after being deported from Canada in 2011.

The woman first shared her story of rape and abuse to the Canadian media shortly after being denied refugee status by Canada’s immigration and refugee board. While board officials agreed the veracity of her story was “not in doubt,” they concluded that St Vincent offered “adequate state protection” for victims of domestic abuse.

But immigration lawyers have criticized the refugee board for ignoring evidence that suggests otherwise. A 2014 report by human rights researchers in Canada and St Vincent found that the Vincentian government fails to adequately support victims of gender-based violence, whose perpetrators enjoy a “culture of impunity.”

The woman shared her story again on March 23 in St Vincent at a “Conversation with Women” event hosted by the NDP.

“I am not here to change anyone, your minds, make you understand, not even make you to like me,” she told the audience. “My intention is to reach the many women and children who have been abused, raped and molested daily. It’s a problem in our country.”

Crick later took to the local airwaves and accused the woman of fabricating her story.

Opposition party officials have since released statements denouncing Crick’s comments and calling for him to resign.

According to opposition leader Arnhim Eustace, in 2012 the United Nations released figures that gave snapshots of one of the worst of the challenges that disproportionately affect women globally – sexual violence.

In a letter to the editor, Helena Edwards, president of a non-profit organization Save Our Sisters, said the attempt by the prime minister to disregard the seriousness of violence against women and his failure to acknowledge how Crick’s behaviour may hamper women coming forward to tell their stories is extremely troubling and insensitive.

“The prime minister in his defence of Mr Crick has sanctioned Mr Crick’s attitude towards women who are being violently raped and killed,” Edwards wrote.

In another letter to the editor, Canadian resident Amory Lashley said Crick’s intention was to use illegally obtained information to “name and shame” the victim so she would remain silent.

“For some unknown reason, Mr Crick did not want Kate to speak about the fact that she was raped and abused as a Vincentian woman,” Lashley wrote. “With this sort of naming and shaming behaviour, by Mr Crick, women are going to be afraid and embarrassed to report cases of rape because of what happened to Kate who was brave enough to speak out.”

In yet another letter, Lenford O’Garro of Washington, DC, asked who or what Crick was trying to protect by publicly shaming the victim.

“The naked truth of the disregard for women and the abuse of women showed its embarrassing face once again in SVG,” O’Garro wrote. This outrageous illegal practice by members of the [Unity Labour Party] is a violation of international laws and statute. It’s a blatant disregard of our laws!”

The letters in question have prompted a number of online comments from readers, some those continuing to attack the victim instead of decrying the crime.

Gonsalves himself has faced several allegations of rape and sexual assault over the years, but none of the cases ever made it to court and one private prosecution was taken over by the director of public prosecutions (DPP) and then discontinued.

In fact, according to US diplomatic cables published by WikiLeaks, a policewoman, who in 2008 accused Gonsalves of rape, was paid off to drop the charge.