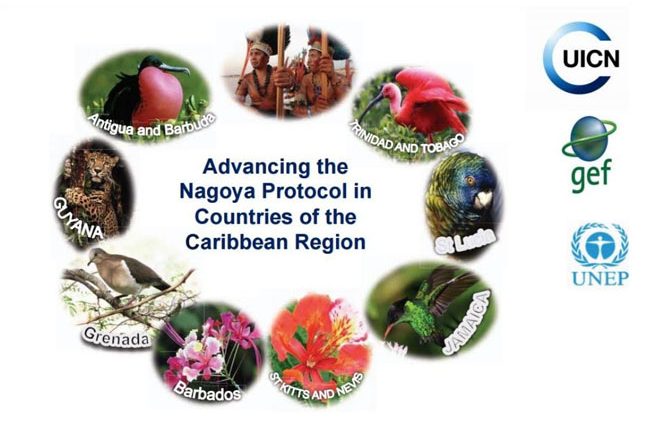 Stakeholders meet in St. Kitts to convene regional workshop on the Nagoya Protocol

(SKNIS): Stakeholders from across the region are currently in St. Kitts and Nevis attending a regional Access and Benefit Sharing (ABS) Project Workshop on Advancing the Nagoya Protocol in countries of the Caribbean.

Sylvester Belle, Chief Conservation Officer in the Department of Environment, explained that the Nagoya Protocol on “access to genetic resources and the fair and equitable sharing of benefits rising from the utilization is a supplementary agreement to the Convention on Biological Diversity (CBD), which entered into force in October, 2014”.

Alistair Edwards, Permanent Secretary in the Department of Environment, said that the workshop is timely and beneficial, as the Federation of St. Kitts and Nevis ratified the CBD on December 29, 1993, almost 25 years ago.

“The Government of St. Kitts and Nevis recognized the importance of the protocol and is cognizant of the fact that its implementation will create greater legal certainty and transparency for both providers and users of genetic resource,” said the permanent secretary. “While researchers and prospective researchers would benefit from a system where conditions for assessing our genetic resources are more predictable and streamlined, the government and people of St. Kitts and Nevis as providers of these resources would be in a better position to ensure that the sharing arrangements are facilitated.”

Mr. Edwards emphasized that by “helping to ensure benefit sharing, the Nagoya Protocol creates incentives to conserve and sustainably use genetic resources and therefore enhances the contribution of biodiversity to develop human well-being.”

The permanent secretary commended a number of institutions, including but not limited to, the United Nations, the United Nations Environment (UNE), International Union for Conservation of Nature (IUCN), Global Environment Fund (GEF), as well as key regional and international partners such as the Organization of Eastern Caribbean States (OECS), the CARICOM Secretariat, and CBD, for their participation and partnership for making such a timely and beneficial initiative possible.

The workshop will run for two days from Monday 19 through Tuesday 20 June, after which two days of national consultation on the Nagoya Protocol will be held on Wednesday 21 and Thursday 22 June. The meeting is hosted by the Government of St. Kitts and Nevis in collaboration with the International Union for Conservation of Nature, Regional Office for Mexico, Central America and the Caribbean (IUCN-ORMACC) with support from the United Nations Environment Programme (UNEP) and the GEF.