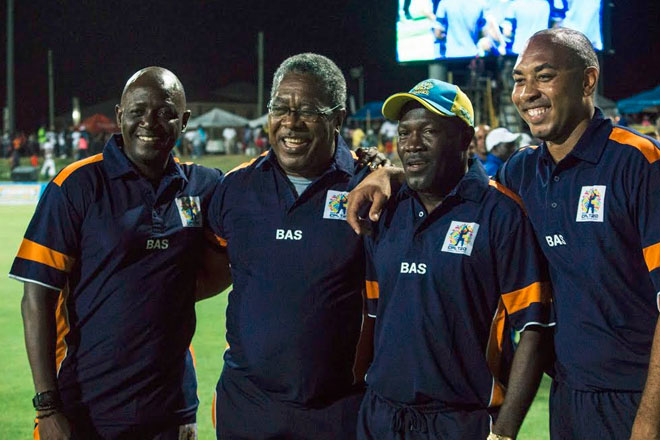 (ZIZ News) — The stars came out to play Thursday evening as the 2015 hero Caribbean Premier League (CPL) continues in St. Kitts and Nevis.

Former international and regional cricketers, along with several influential businessmen suited up for the CPL celebrity charity match between the Prime Minister’s XI and the Sir Vivian Richards XI at Warner Park.

The Prime Minister’s XI won the encounter by 11 runs in front of a fair-sized and appreciative crowd, with West Indies women’s all-rounder Stafanie Taylor leading the way with 42 runs.

The highlight of the evening was when Attorney General, the Hon. Vincent Byron stepped up to bowl for the Prime Minister’s team. Minister Byron impressed the crowd when he turned back the hands of time to grab two wickets in the match.

Deputy Prime Minister and Minister of Sports, the Hon. Shawn Richards said he is most pleased about the proceeds going toward The St Kitts-Nevis National Education Foundation (SKNNEF), which is a non-profit organization that seeks to provide deserving disadvantaged students with an opportunity to receive an excellent education.