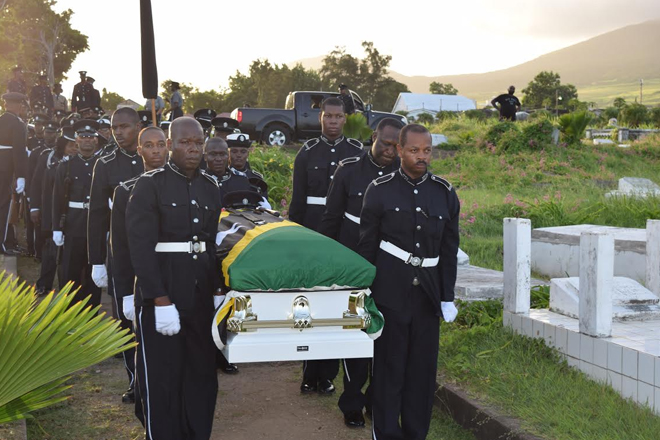 (ZIZ/Press Release) — Officers from various arms of the security forces joined family members and friends on Tuesday for the state funeral of Police Constable No 795, N’kosi Lucas.

Constable Lucas died on Sunday, September 18 after a long period of illness.

The funeral service took place at the St. Georges Anglican Church and was attended by several government ministers. This was followed by a procession to the Springfield Cemetery.

Commissioner of Police Mr. Ian M. Queeley has extended condolences to the family of Police Constable Lucas on behalf of the entire Police Service.

Commissioner Queeley told the family, “Constable Lucas will be missed, he had an engaging personality that was ideal for police work, and we received many commendations for his appearance and his attitude, especially when he worked the tourist patrol.”

Constable Lucas was an active member of the police service with over four years in the ranks, having entered the Police Service in March, 2012.