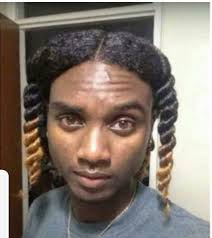 Statement on the Investigation Surrounding the Death of Tau Johnson

Basseterre, St. Kitts, June 4, 2019 (RSCNPF): It has been brought to the attention of the High Command that the information regarding the investigation into the death of 20-year-old Tau Johnson was not made available to the public. Johnson was involved in a fatal accident on July 07, 2018 along Wellington Road.

In an official report received from the Director of Public Prosecution (DPP) in late January 2019, it was stated that based on the evidence provided from the independent investigation and the CCTV footage, the vehicle driven by the police officer was not driven in a manner which posed a danger to the deceased or members of the public. The police was in pursuit of the deceased who failed to comply with a siren request to stop.

The report also confirmed that, “an independent vehicle examiner found no evidence that the vehicle made contact with the motorbike driven by the deceased.”

It concluded that, “on the evidence available, there is nothing to suggest any careless, reckless, or dangerous driving on the part of the police officer. It is not recommended that any criminal sanctions be brought against the officer involved.”

The High Command apologises for the delay in releasing this information. Upon receiving the report from the Director, there were certain legal stipulations which restricted the subsequent release of the same.

The Royal St. Christopher and Nevis Police Force continues to abide by its mission statement to uphold the law fairly and firmly, without fear or favour, to prevent crime, to pursue and bring to justice those who break the law, to keep the peace, to protect, help and reassure residents and visitors and to be seen to do all this with integrity and impartiality.