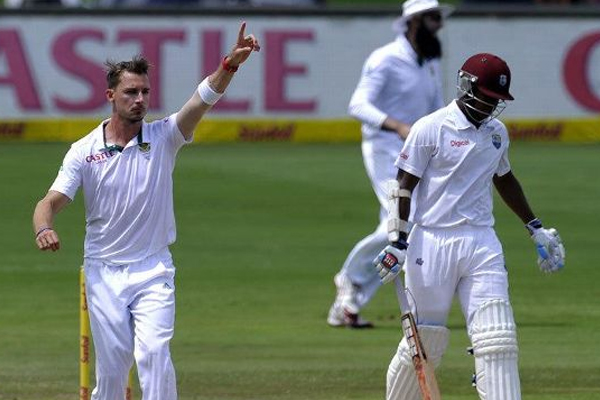 Sports Page — Dale Steyn had bided his time while South Africa built a position of supremacy against West Indies, but when he stirred the effect was lethal. West Indies were blown away within 15.3 overs, their last seven wickets falling for 55 runs. It was a feeding frenzy and Steyn was the central figure, licking his lips over a morning spell of six for 31 in seven overs.

What ails West Indies? Are the Caribbean islands so locked into an instant world that they no longer have the wherewithal to play Test cricket? A Test between the sides ranked No 1 and 8 in the world always had the potential for a mismatch, and South Africa’s victory by an innings and 220 runs – a win achieved by playing efficient but by no means unstoppable cricket – illustrated just as much.