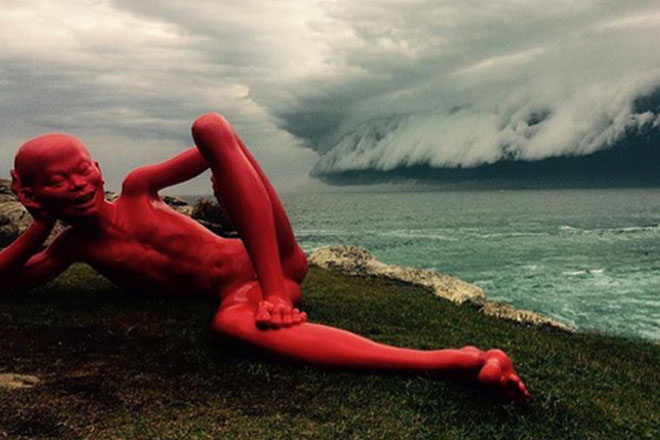 (BBC) A powerful storm formed a spectacular “tsunami” cloud off Bondi Beach in Sydney on Friday.

Crowds who had gathered at Bondi’s annual Sculpture by the Sea festival watched as the massive shelf cloud drew near the coast.

Heavy rainfall was recorded across the city, with the northern beaches suburb of Mona Vale recording 27mm (1 inch) of rain in three hours.