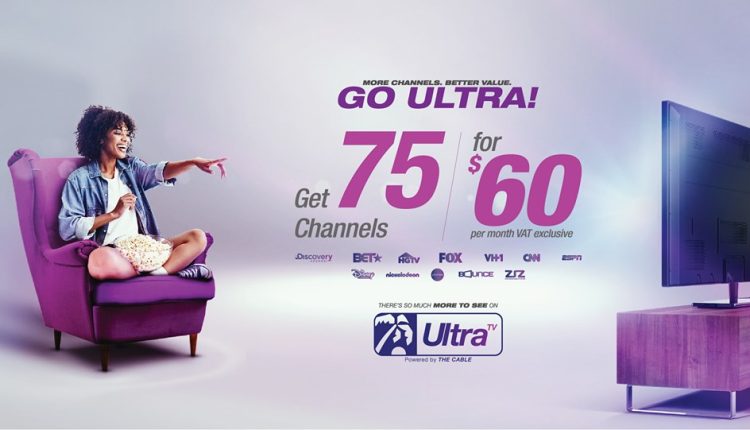 Subscribers to The Cable in St. Kitts Will Shortly Receive Upgraded TV Content with Introduction of Ultra TV

Basseterre, St. Kitts, July 19, 2019 (SKNIS): Subscribers to services/products provided by The Cable in St. Kitts will soon benefit from the telecommunication company’s announcement of Ultra TV, a new one-tier TV service with fresh new content that replaces the current packages, according to Patricia Walters, Chief Executive Officer (CEO) of The Cable.

The new channel combo will provide subscribers with 75 Channels for only EC$ 70.20 (VAT inclusive) and will take effect from Thursday, August 01, 2019.

“I am pleased to introduce you to Ultra TV. This is the first in the journey of Ultra TV, a one flat tier TV service that everybody will have,” said CEO Walters. “…there is something better for you, finally, there is something that work. We are responding directly to your complaints and pain points.”

Minister of Communications, the Honourable Vincent Byron Jr., said that there was a dire need for significant upgrades especially in terms of TV content and TV production. He applauded The Cable for launching Ultra TV, as this new product will now put an end to the use of Cable boxes that had become obsolete because they couldn’t be fixed or repaired due to the fact that nowhere in the world made the parts anymore.

“And so, Ultra TV as we are now seeing it, fixing a very critical problem, Pat and her team has come up to make it no longer necessary to have a TV box. Anyone, any new customer, can now have full service TV in your home without having these boxes… and so, we are happy that this Ultra new service does that,” said Minister Byron. “But I want to say that not just is it going to be the same as we have had before or better now, but we expect that as Pat and her team continue to work that we move from analog TV to digital TV, that we will be getting even better and better service as we move forward.”

Ultra TV requires no registration for existing customers of The Cable who would automatically be upgraded to the new service. Customers will no longer be required to have a cable box, own a smart TV or pay for internet connection to view television programming. The service will be available to everyone with an active cable outlet in their home. Customers who do not currently have The Cable’s TV service and wish to sign up are encouraged to do so by applying in store on Cayon Street. 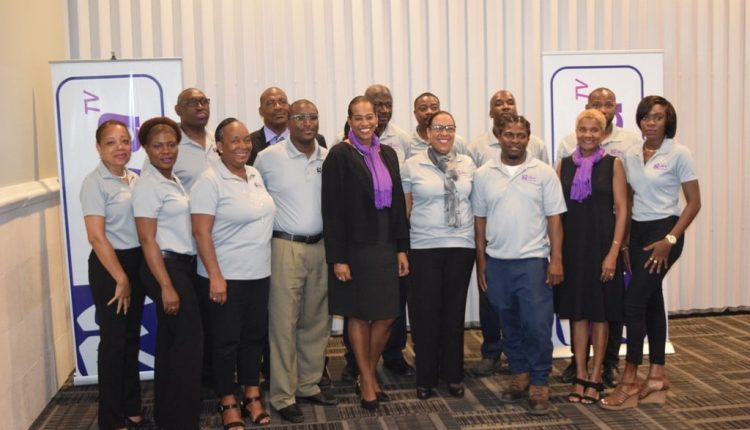 Patricia Walters (front row- 4th from left), Chief Executive Officer (CEO) of The Cable, with some of her staff members