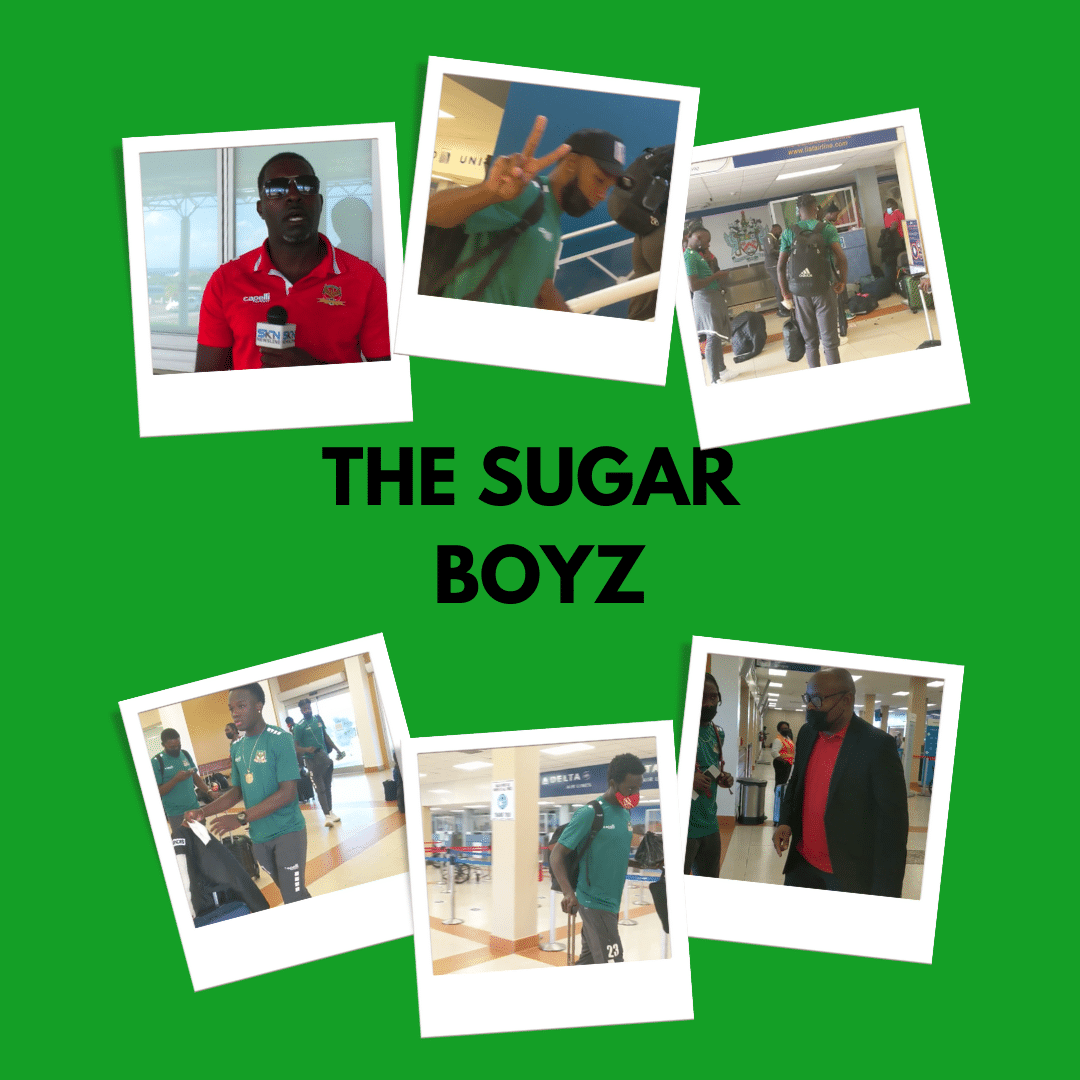 The Senior Sugar Boyz departed the Federation on Sunday afternoon onboard British Airways to Europe, where they will play Andorra in their first international friendly for 2022. At the RLB International Airport, Coach Austin Huggins said he was pleased with the preparation put in my team over the weeks and months and is looking to see the team play as a unified unit in that match. “We are very confident. The guys are very happy to be going to Europe to represent St. Kitts-Nevis. They are in good spirits and we are hoping to reach there safe and have a good showing to represent our country,” Huggins said.

He also believes this match is significant to the development of local-based players, that comprise the entire squad heading to Andorra. “Over the years much of our players were not given the opportunity to represent the country. Most guys normally come from overseas…but now they will be more motivated to play for our country once more,” he said, adding that this will help lift the standard of football in St. Kitts and Nevis.

Player Yohannes Mitcham is also feeling good about the prospects of the team in Andorra. “I think everybody is eager to go to Europe and showcase their talent. Training has been good. The numbers have been coming out every day to train knowing that we have a big game in Europe, so I think this is a good opportunity

Meanwhile, Team Manager Jamir Claxton gave a brief rundown of what will happen with the team when they arrive in Andorra leading up to their match on March 25th. “We arrive on March 21st in Andorra. Once we get there, on the first day we won’t be able to train due to the training facilities being occupied so we’ve organized to have a session at the hotel gym,” he disclosed. “From there leading up to the match, we train once every day, trying to acclimatize to the climate and also the field conditions because we will be playing on artificial turf. So, the first few days before the game, it’s just to acclimatize to the condition,” Claxton explained.  All the best to the Sugar Boyz as they represent the Federation in Europe.