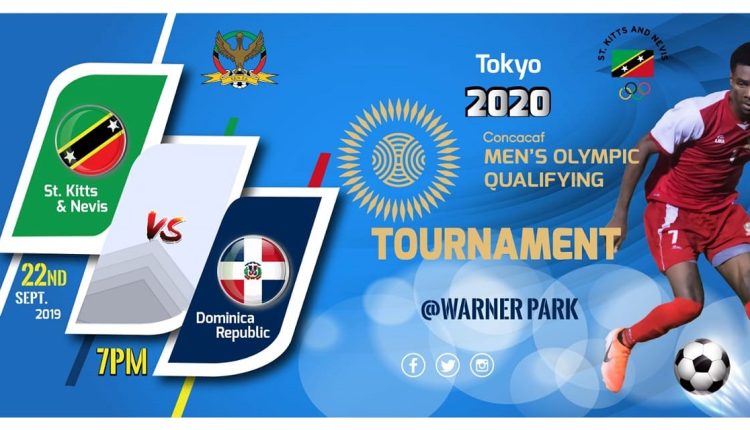 Basseterre, St. Kitts, September 21, 2019 (ZIZ News): The Under-23 Sugar Boyz are just one win away from the CONCACAF Finals in the Tokyo 2020 Olympics Qualification.

But to qualify for the finals, the team must beat the Dominican Republic’s Under-23 team during a highly anticipated match on Sunday September 22 at the Warner Park Stadium in Basseterre, St. Kitts.

Ahead of the match, a press conference was held at Football House on Saturday morning, President of the St. Kitts-Nevis Football Association SKNFA, Anthony Johnson explained that it is extremely important for team St. Kitts and Nevis to qualify for the match, noting that it will give the team the opportunity to play with big teams like the US, Mexico and Canada

Mr. Johnson was joined at the head table by Head coach of the St. Kitts Nevis Under-23 team, Earl Jones, Member of the Dominican Republic coaching staff, David Gonzales, coaches and athletes from both teams.

All residents and citizens are being encouraged to show up at the game with their national flags, wearing patriotic colours on to support and cheer our Sugar Boyz on to victory.

The game is scheduled to begin at 7 pm.