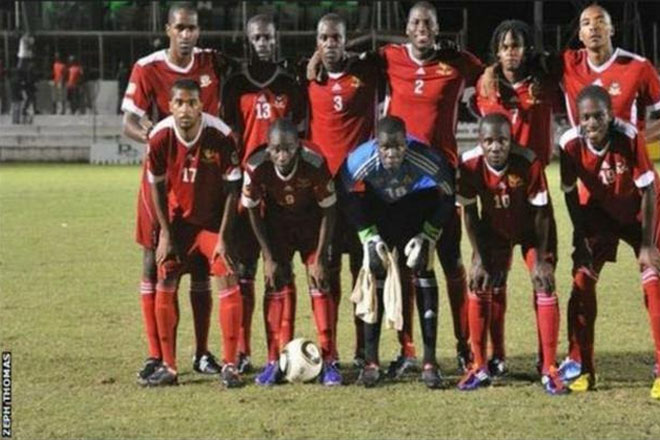 The St. Kitts-Nevis national football team or “Sugar Boyz” are now in Europe to play against Andora and Estonia, all in an effort to gain much needed exposure.

This comes as the team moved up 11 points, to be ranked at 101 in the FIFA Men’s Ranking for all confederations.

This is the highest ever ranking for St. Kitts and Nevis on the FIFA list, and SKNFA president Anthony Johnson said moving up the rankings will require more exposure for the team members to help build their skills and game-play strategies.

Johnson said “this is extremely significant, because it will be the first time in the history of football in St. Kitts and Nevis that we would be playing against any European team, and certainly, in Europe.”