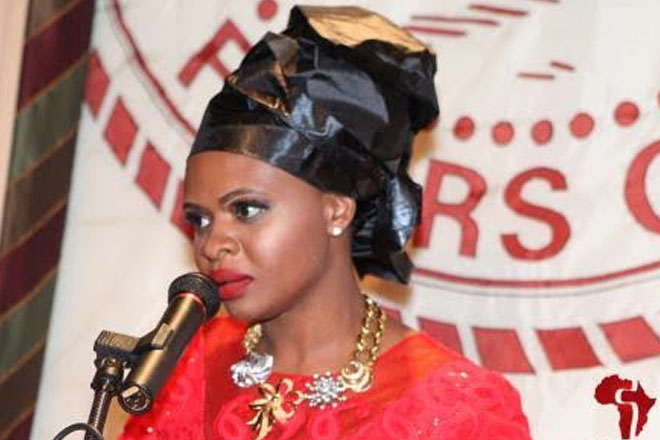 New York, USA — Suriname’s permanent representative to the United Nations, Ambassador Henry MacDonald, advisor to AfricaConnectOnline, a new and the only internet based information network that plans to play a key role in promoting the economic and social development of Africa, has called for the elimination of poverty and the restoration of dignity for all Africans as basic prerequisites for the continent’s development.

At Friday’s launch of AfricaConnectOnline, MacDonald said, “Presently women and girls are still disproportionally and systematically deprived of their basic rights. The plague of violence against women and girls is a critical barrier to sustainable development and must therefore receive immediate attention. This problem is worldwide; however, Africa has specific challenges, consequently girls also need to be educated, as well as the empowerment of women and men to overcome various injustices and to achieve gender equality”.

The Surinamese diplomat is the HeForShe spokesperson. MacDonald has travelled worldwide and hosted many events to stop “violence against women and girls”, which he said, “Remains a menace that occurs in all corners of the world and happens in all sectors within societies. It is the most pervasive violation of human rights.”

The goal of AfricaConnectOnline is to facilitate the developmental processes at the United Nations Headquarters and its many agencies, programs and agendas with a focus on Africa and the African diaspora all over the world.

AfricaConnectOnline aims to educate, inform and bring development to Africa by allowing Africans worldwide to connect with each other, and their roots through authentic African cultures, arts, entertainment; interaction with African movers and shakers, and provide a “voice” mainly to be heard on two continents, Africa and the Americas.

The CEO and owner of AfricaConnectOnline, Dede Omon, a self-made entrepreneur, touched on her personal struggles growing up as an Uromi village girl in Nigeria and the marginalization women and girls confront in the development processes in their countries.

“It is high time for Africa to tell its own story,” the permanent observer of the African Union to the United Nations, Ambassador Tete Antonio, said to the audience at the inauguration of AfricaConnectOnline on Friday, September 18th, in Manhattan.

The presentation of the first AfricaConnectOnline Global Achievement Awards and the launch of the website were organized in recognition and celebration of the 70th anniversary of the United Nations and the initiation of the UN Sustainable Development Goals on September 25 at the UN Headquarter.

Entertainer Sheimyrah Mighty performed her famous songs “Every Women Every Child” and “The Impossible Dream”, while the evening was hosted and moderated by the eminent Dr Judy Kuriansky.

The event was also attended by UN ambassadors and diplomats from mainly the African Group and the Caribbean Community (CARICOM), as well as dignitaries representing the UN General Secretariat, besides private sector and business envoys from New York, Washington DC, Texas, California and the Atlanta region, who also attended the event.