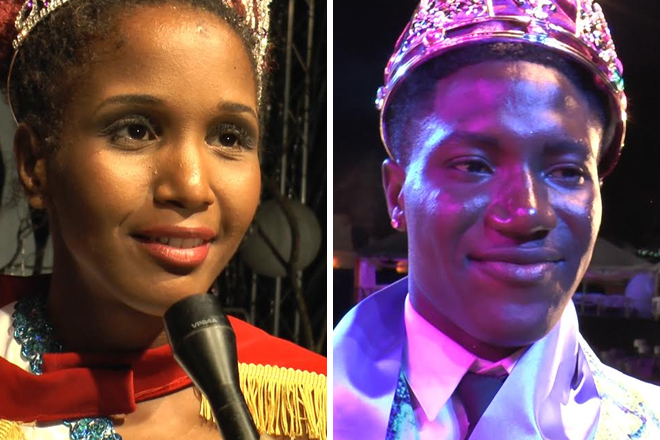 (ZIZ News) — A two-for-one special kicked off the line-up of major shows for Sugar Mas with the crowning of the Miss National Swimwear and Mr. Carnival GQ on Sunday night.

After six hours of performances and interviews, the winners were announced.

Alsanarda Hanley amassed 1104.5 points and took the crown along with awards for all three of the swimwear segments; Birds of a Feather, Floral Splendour, and National Pride. She also won the Miss Photogenic award.

After the event, Hanley spoke to ZIZ about her future plans.

“I would use the opportunity to promote my platform, Holistic Development through Education of the Arts, so I could reach other artists out there to further develop their skills and their talents,” she said.

The First Runner-up award went to Sidama Jones with 1077.5 points, who won twice for Best Interview and also copped the Miss Popular award.

Romney, who was the youngest competitor in the show, said “I always enjoy competing with older people because I like to let people know that younger once can dominate and pass the older ones.”

The show was carried live on ZIZ Radio 96.1 fm, and streamed at www.zizonline.com.