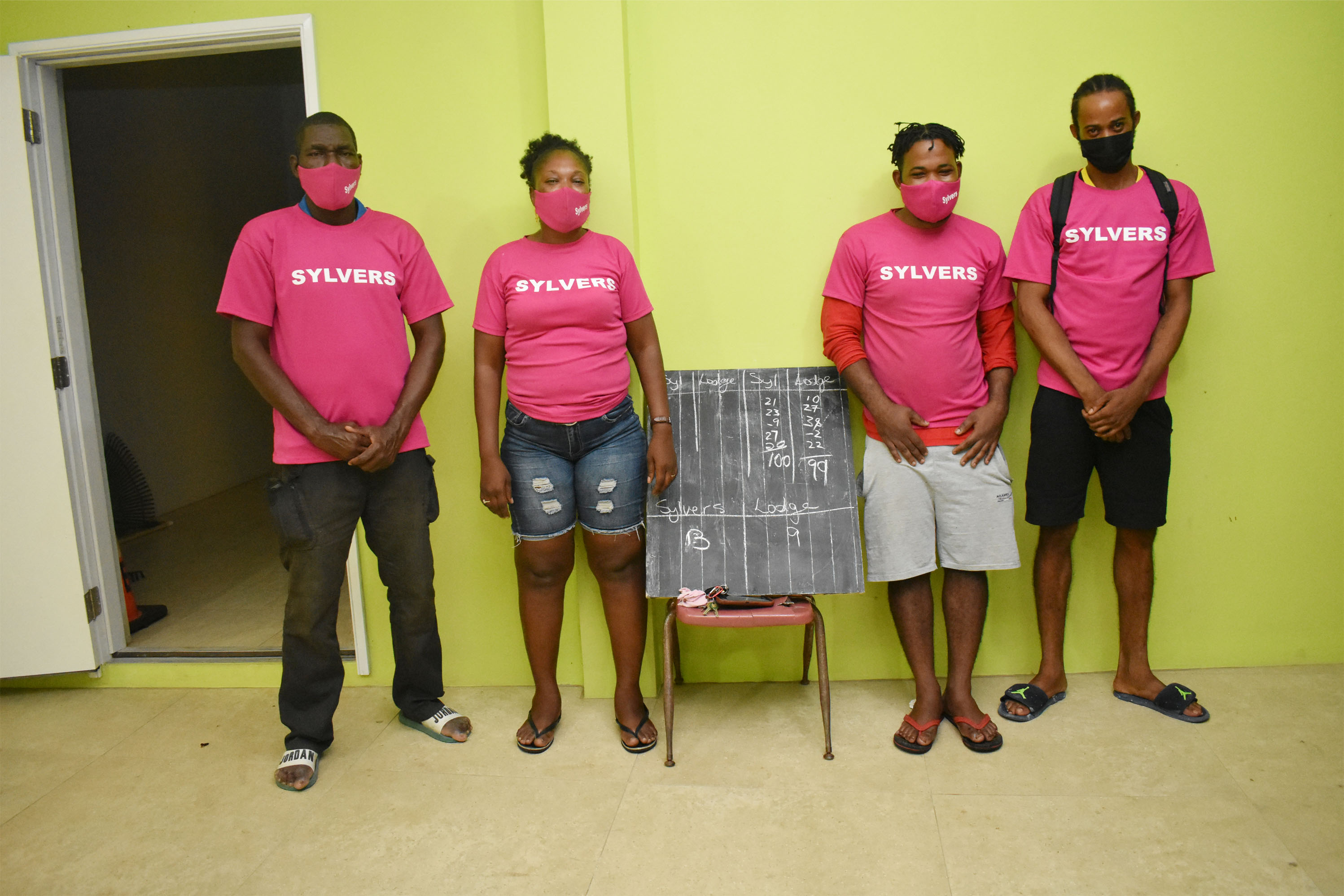 BASSETERRE, St. Kitts, November 16, 2021 (MMS-SKN) — In what looked like an outside chance to get into the final four in the 26th edition of Constituency Number Seven Dr the Hon Timothy Harris Domino League, Sylvers Domino Club took less than an hour Monday evening November 15 to get in. In the process, they dislodged a former champion team Lodge Domino Club and a highly rated Phillips Domino Club.

At the end of the final segment in the single round of play of the Federation’s longest-running domino league on Tuesday, November 9, all teams had completed their schedule of play with the exception of the disputed Lodge/Sylvers game.

With 45 points and at position five, all Lodge needed was a simple win to put the team squarely in the final four by dislodging Phillips Domino Club who were ahead of them with 47 points. As for Sylvers, who were all the way down in position nine with 41 points, they needed to win maximum points that would place them on the same level with Phillips at 47 points.

When the rescheduled game opened on Monday at the new Lodge-Ottley’s Community Centre, Sylvers were leading 11-9 based on where the game had stopped. Lodge who had a full complement of players had the outside chance to overturn the results and get into the final four, but Sylvers who had only four of their players on duty could not entertain any of that.

Captain Octavia Huggins-Sewell and player Robert Charles of Sylvers sat on Table Two, and while the game was keenly contested by both the sides, Sylvers attainted 100 points first thus giving them a 12-9 lead.

On Table One, the Sylvers pair of Shaquille Sewell and Ken Barrette literally snatched victory from the jaws of defeat as Lodge players had opened with a 37-0 lead. They then moved on to 99-21, but the Sylvers pair galvanised their efforts and coming from behind ended up taking the game points 100-99, and the overall game at 13-9.

However, Sylvers was awarded the fourth position, and Phillips the fifth position based on a better scoring average by Sylvers who had returned more games with six points.

The league’s Executive Committee, at a meeting which was chaired by President Calvin Farrell at the new Lodge-Ottley’s Community Centre on Monday, November 15, and attended by Vice President Simeon Liburd, Treasurer Keithley Blanchette, PRO Allington Berridge, and Floor Member Marc Williams, released the schedule of play leading to the semis

However, the action returns to the new Lodge-Ottley’s Community Centre tomorrow Wednesday, November 17, when Best of the Rest games will start. Phillips Domino Club which is the top-seeded team will as result meet with the bottom of the points standing table team, Ottley’s Domino Club. All other teams have been briefed as to the team they will be coming up against.