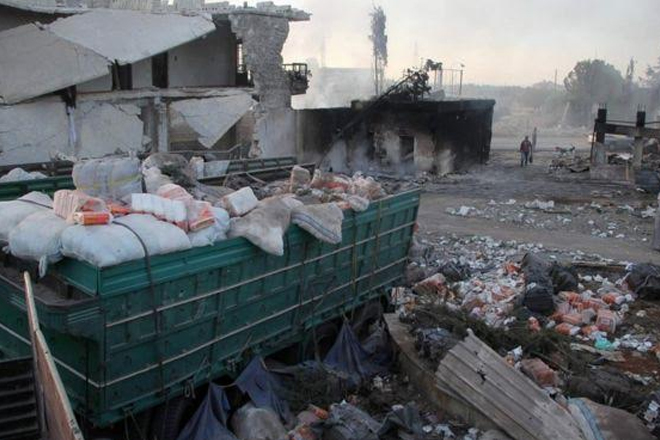 Analysis of satellite imagery taken after a deadly attack on an aid convoy in northern Syria last month shows that it was an air strike, a UN expert says.

At least 18 people were killed when Lorries unloading at a Syrian Arab Red Crescent warehouse in a rebel-held town outside Aleppo came under fire.