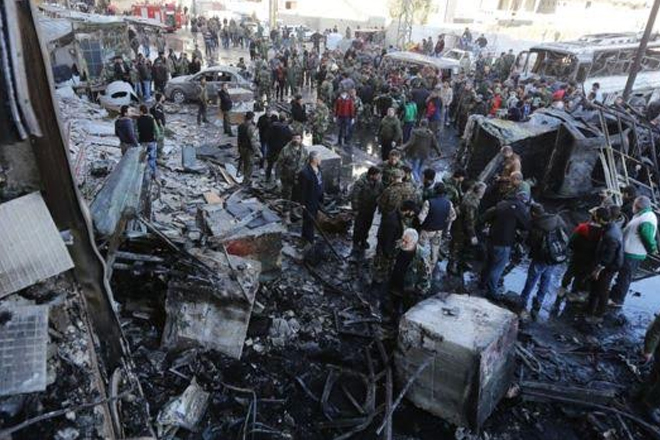 At least 50 people have died in blasts near the Shia shrine of Sayyida Zeinab, south of Syria’s capital Damascus.

A bus station and a building housing military headquarters were hit by the blasts, which mangled nearby vehicles.

It happened as the government and opposition groups gathered in Geneva in a bid to start talks aimed at a political solution to the conflict.