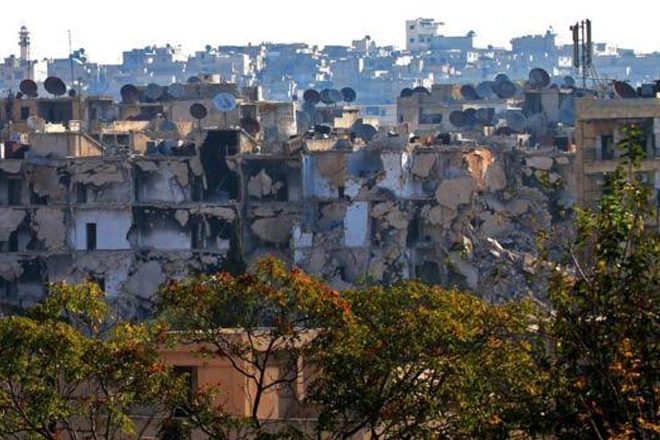 Rebel-held eastern parts of the Syrian city of Aleppo may face “total destruction” in two months, with thousands killed, the UN’s envoy says.

Staffan de Mistura told reporters that he was prepared to personally accompany al-Qaeda-linked jihadists out of the city if it would stop the fighting.