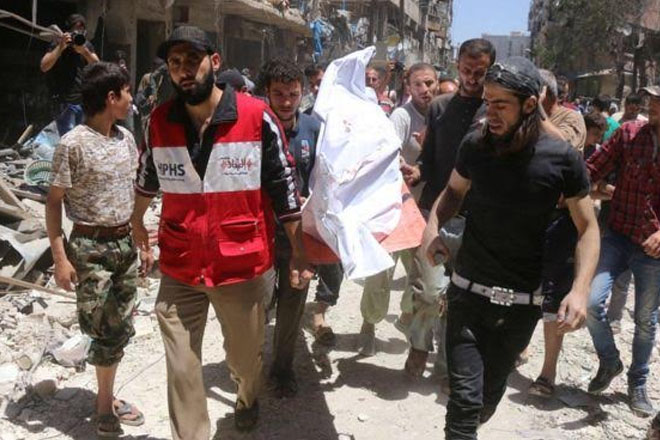 At least 15 people are reported to have been killed and dozens wounded in a series of air strikes on rebel-held areas in the Syrian city of Aleppo.

One of the strikes hit near the Bayan hospital in the eastern Shaar district, activists and a monitoring group said.