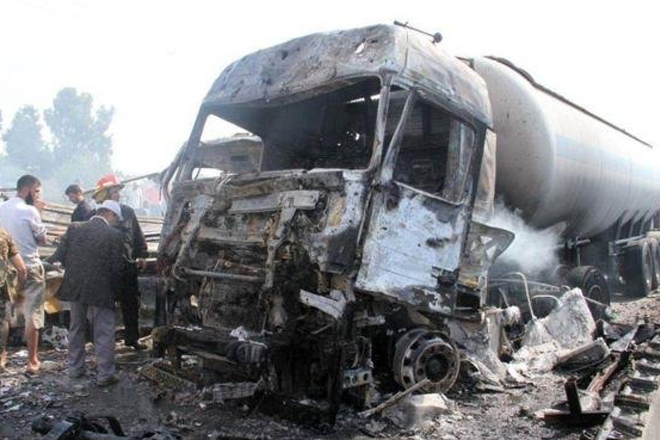 Syria conflict: IS claims wave of bombings that kills dozens

At least 40 people have been killed in bombings in mainly government-held areas of Syria, state media report.

Four attacks took place within an hour in Tartous, Homs and in a suburb of Damascus, with one in Hassakeh, which is dominated by Kurdish forces.