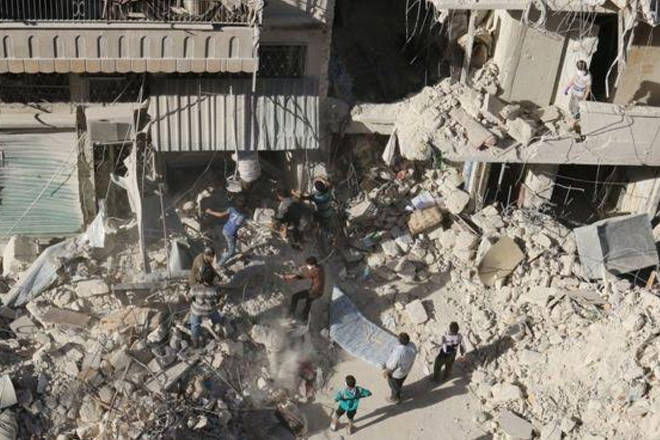 US President Barack Obama has expressed “deep concern” about the situation in rebel-held parts of Aleppo, amid an assault by Syrian government forces.