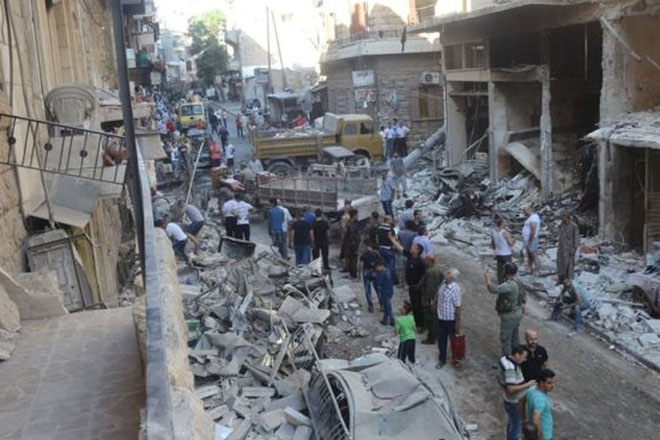 Syrian rebel fighters have launched an assault on government-held districts of Aleppo, after troops cut their only route into the divided northern city.

The rebel operation began at dawn on several fronts, with hundreds of shells being fired at western areas.