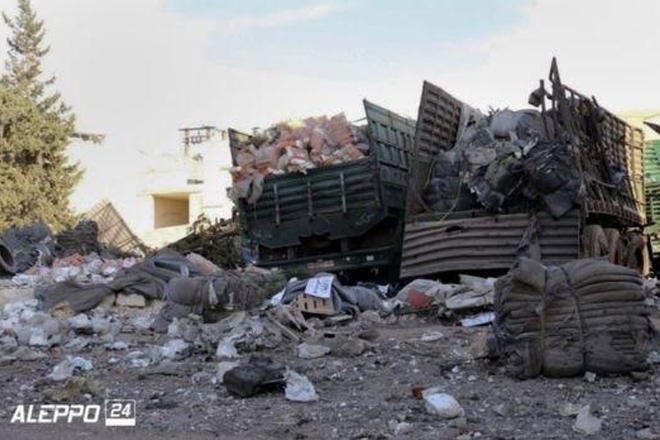 The UN has suspended all aid convoys in Syria after a devastating attack on its lorries near Aleppo on Monday.

The strikes, which witnesses say came from the air, came hours after Syria declared a week-old US-Russia brokered cessation of hostilities at an end.