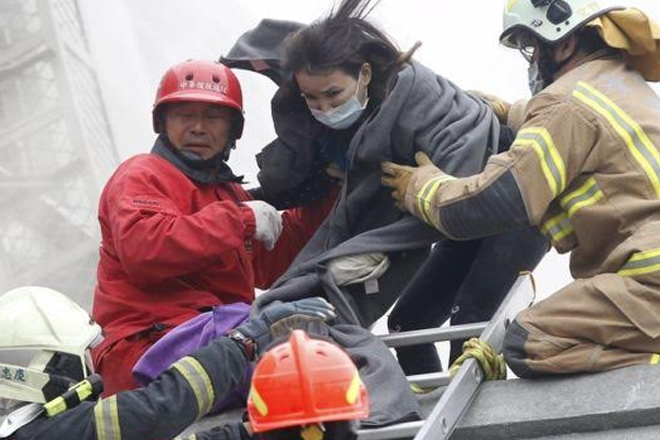 Rescuers are searching the rubble of a high-rise residential building in southern Taiwan after an earthquake that killed at least 14 people.

Some 30 people are still missing from the 17-storey block, one of several buildings that collapsed in Tainan city when the magnitude 6.4 quake struck.

Among the dead was a newborn baby. Nearly 500 people were injured, at least 92 of whom remain in hospital.