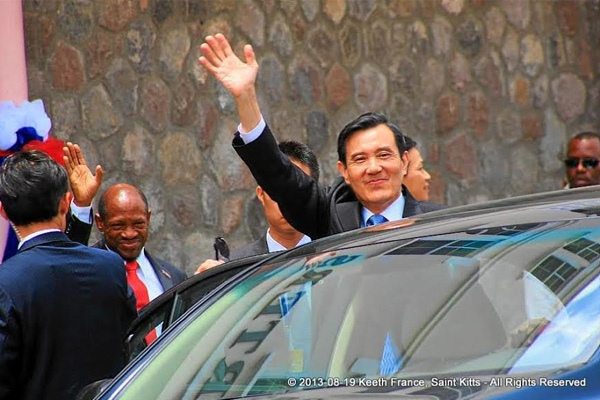 Basseterre, St. Kitts (CUOPM) — President of the Republic of China (Taiwan), His Excellency, Ma Ying-jeou says that the ROC is a sovereign state and the future of Taiwan is for its 23 million people to decide under the framework of the Constitution.

Ma made the remarks in a statement conveyed by Presidential Office spokeswoman Ma Wei-kuo, said he is rock solid on this stance.

The president’s comments follow those made earlier in the day by Beijing’s Taiwan Affairs Office stating that the future of Taiwan is up to all Chinese people.

According to the Mainland Affairs Council, the ROC government’s cross-strait policy is to maintain the status quo under the principles of ‘no unification, no independence and no use of force.”

“There is widespread support for this policy around Taiwan,” the MAC said, reaffirming that the nation’s future can only be determined by its people.

St. Kitts and Nevis and Taiwan have had diplomatic relations since 1984.