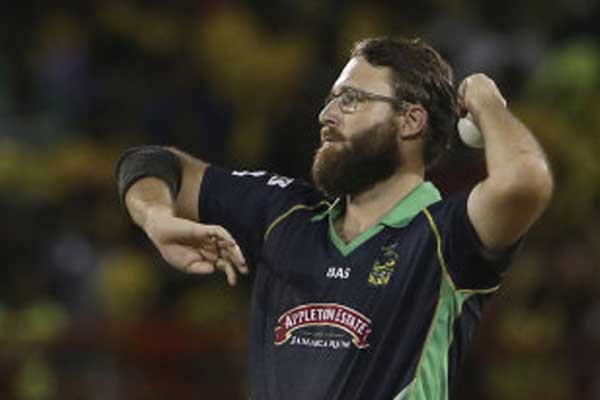 Sports Page — Guyana Amazon Warriors suffered their first defeat of the CPL 2014 as they fell four runs short of a 149-run target against Jamaica Tallawahs. Needing more than nine an over in the last five overs, the Warriors failed to get the big shots and hit just three boundaries in that period. In their fourth game of the tournament, Warriors opted for a new opening combination, pushing Jimmy Neesham up the order in place of Martin Guptill. Neesham made a run-a-ball 16 in an opening partnership of 41, but the onus of scoring was clearly on Lendl Simmons.

Ramdin and Simmons kept the chase moving after the wickets of Neesham and Mohammad Hafeez, largely by rotating the strike around. The pair hit just four boundaries during their 78-run stand but kept the team within range of the target.

Simmons and Ramdin were kept in check. The target in the last two overs came down to 26 but the Warriors chase suffered a setback when Ramdin’s top-edged pull off a full toss from Jerome Taylor struck him on the helmet and forced him off the field.

Christopher Barnwell smacked the first ball he faced for six, making the equation 11 off the last six but neither Barnwell nor Simmons, who was batting on 66 off 59 balls, could find the boundary. Although he remained wicketless, Daniel Vettori was the best bowler for Tallawahs conceding 15 runs in his four overs. He bowled tight overs at the start of the chase and at the end, when the Warriors were desperate for a push.

Adam Voges’ 48 off 43 lifted the score in the last few overs. Walton added an opening stand of 49 runs with Chris Gayle and then played a steadying hand with Voges after two quick wickets fell. Once Walton was dismissed in the 16th over, Voges took charge at the crease and along with Andre Russell took 40 runs off the last four overs.

Three wickets in the final over, including two in two balls from Neesham, kept the Tallawahs innings two short of the 150-run mark.