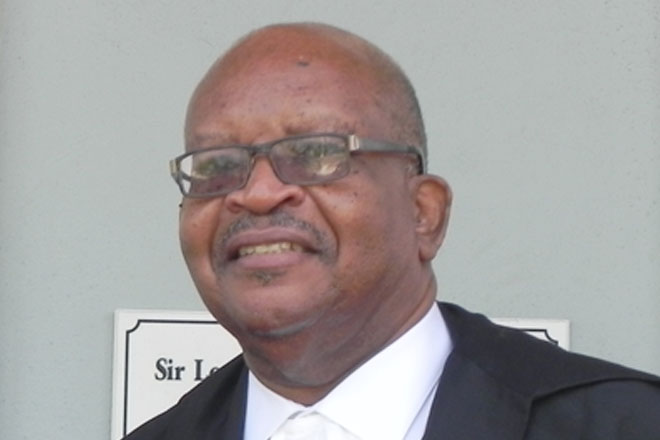 Mr Seaton received his primary and secondary education at the Epworth Junior School, the Basseterre High School, and the St. Kitts-Nevis Grammar School. His tertiary studies at the University of the West Indies resulted in his earning a Bachelor of Laws Degree with Upper Second Class Honours – a sound footing for what was to become an illustrious career in the legal profession.

Among his major career feats are the following: (A) Crown Counsel, Attorney General’s Chambers and Acting High Court Registrar (1975-1980); (B) St. Kitts-Nevis Attorney General (1980-1995); and (C) Appointment as one of Her Majesty’s Counsels (Queen’s Counsel) in 1988. He also has the distinction of being named Commander of the Royal Victorian Order (CVO) in 1985.

Mr. Seaton has a long list of Directorships. Some of these include Director of SSMC, the Chamber of Industry and Commerce, and Frigate Bay Development Corporation; President of the St. Christopher Heritage Society (now The St. Christopher National Trust), the St. Kitts-Nevis Bar Association and the OECS Bar Association; and Vice President for the Brimstone Hill Fortress National Park Society. During the period 1985-1995 he also served as Chairman of Cable & Wireless (formerly SKANTEL).

Mr Seaton also possesses a keen acumen for legislative drafting. To his credit are such works as Income Tax Amendments for St. Lucia; the 2001 Securities Act; Aliens’ Landholding Regulation Acts in nine (9) ECCU member territories; the National Trust Bill for St. Kitts and Nevis, and the Clarence Fitzroy Bryant College Bill. He has also rendered yeoman’s service in the consultation, design and drafting of our very own Small and Medium Enterprises (SME) Bill, which eventually became the Small Business Development Act (Number 24) of 2009. This achievement is the result of a three-year, ILO-funded SME Development project with the St. Kitts-Nevis Chamber of Industry and Commerce.

Mr Seaton is a partner in the local law firm Seaton & Foreman. He currently serves as Vice President of the St. Christopher National Trust.