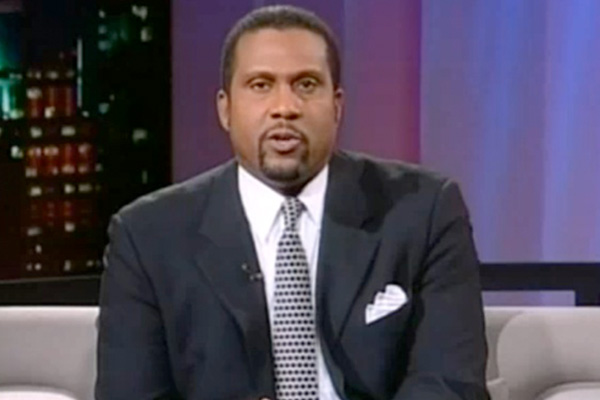 This has been disclosed by Chairperson of the Prime Minister’s Gala Committee, the Hon. Marcella Liburd, who also disclosed that the international entertainer this year is Trinidadian David Rudder.

Seen nightly by television viewers in St. Kitts and Nevis and around the globe for the past ten years on The Tavis Smiley Show, Mr. Smiley has brought into our homes, via PBS Channel 22, his fascinating exchanges with figures as varied as Barack Obama and Denzil Washington, Bill Clinton and Morgan Freeman, Senator Elizabeth Warren and Chris Rock, Richard Gere and Kate Winslett, Serena Williams, Democratic Party Chair Elizabeth Wasserman Schultz, and countless others.

Based in Los Angeles where he heads a holding company incorporating broadcast and print media, lectures and symposia, book publishing and the internet, he was honoured by TIME magazine in 2009 as one of “The World’s 100 Most Influential People”.  The Hollywood Chamber of Commerce has also announced that in 2014 Smiley will be honoured with his own star on the Hollywood Walk of Fame.

From his celebrated conversations with world figures to his work to inspire the next generation of leaders, Tavis Smiley—broadcaster, author, publisher, advocate and philanthropist—has emerged as an outstanding voice for change. Smiley is currently the host of the late-night television talk show Tavis Smiley on PBS, as well as The Tavis Smiley Show and Smiley & West both from Public Radio International (PRI), and the daily radio program, Tavis Talks, on the Tavis Smiley Network (TSN).

In his book, FAIL UP: 20 Lessons on Building Success from Failure, now available in trade paperback, Smiley steps from behind the curtain of success to recount 20 instances of perceived “failures” that were, in fact, lessons that shaped the principles and practices he employs today. Readers will find a kinship in Smiley’s humanness that inspires, informs and reminds us of our inherent ability to achieve and grow despite life’s inevitable setbacks.

In his latest New York Times best seller, The Rich and the Rest of Us: A Poverty Manifesto, Smiley and his co-author Dr. Cornel West take on the “p” word—poverty. In this game-changing book, they challenge all Americans to re-examine their assumptions about poverty in America—what it really is and how to eradicate it.

Smiley is the presenter and creative force behind AMERICA I AM: The African American Imprint. This unprecedented traveling museum exhibition, which debuted in January 2009, toured the country for four years celebrating the extraordinary impact of African American contributions to our nation and the world, as told through rare artifacts, memorabilia and multimedia.

Smiley’s most gratifying accomplishments are rooted in his passion to inspire the next generation of leaders. The nonprofit Tavis Smiley Foundation was established to provide leadership training and development for youth. Since its inception, more than 6,000 young people have participated in the foundation’s Youth to Leaders training workshops and conferences.

His communications company, The Smiley Group, Inc., is dedicated to supporting human rights and related empowerment issues and serves as the holding company for various enterprises encompassing broadcast and print media, lectures, symposiums, book publishing and the Internet.

Smiley’s achievements have earned him numerous awards and honorary doctorate degrees, including one from his alma mater, Indiana University. In 2009, Indiana University named the atrium of its School of Public and Environmental Affairs (SPEA) building “The Tavis Smiley Atrium.” Smiley is also the recipient of the prestigious Du Bois Medal from Harvard University and the 2009 Interdependence Day Prize from Demos in Istanbul, Turkey. TIME magazine honored Smiley in 2009 as one of “The World’s 100 Most Influential People.” This year, 2013, Tavis Smiley celebrates 10 years on PBS, and the Hollywood Chamber of Commerce announced that Smiley will be honored with a star on the Hollywood Walk of Fame in 2014.

What People Are Saying About TAVIS SMILEY…

Jay Leno of The Tonight Show dubbed him “the king of late night public television.”

The Philadelphia Inquirer says Smiley is “one of the most important political voices of his generation.”

Cleveland’s The Plain Dealer summed up Tavis’ appeal best: “In the age of high-decibel, in-your-face talk shows, Tavis Smiley keeps the volume low and the content high. He also gets the best guests in broadcasting—presidents, the pope, A-list entertainers. Smiley’s style of easy and engaging conversation makes them all feel comfortable. And it works.”

Pulitzer Prize-winning New York Daily News columnist E.R. Shipp writes: “He does what too little of talk radio or television does these days: conducts civil conversations with a broad spectrum of politicians, newsmakers, performers and writers in a forum where one first has to declare one’s political alliances. He’s comfortable with conservatives, liberals and the undeclared; with the profound and the profane, with elder statesmen and the hip-hop nation. With such stratification in the country, he provides one place that helps promote dialogues that might not otherwise take place before audiences who might not otherwise think that they have anything in common.”

Vanity Fair inducted him into its Hall of Fame.