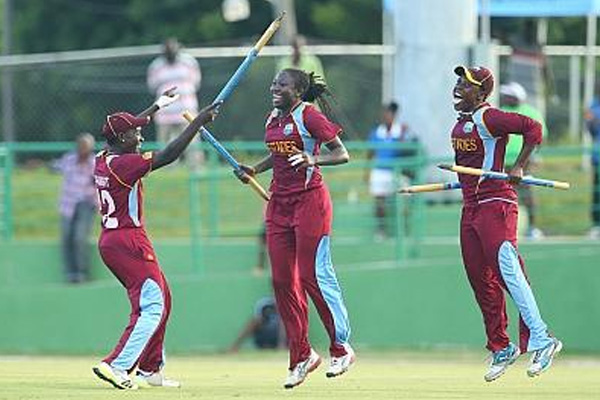 Kingston, Jamaica — Top West Indies Women batter Stafanie Taylor has praised the efforts of the team thus far in their home series against New Zealand Women, describing their showing as one of the best she has ever seen.

The West Indies, who have been rising in stock, in recent years, overcame the challenge of world rated New Zealand 4-0 in their recent one-day internationals at Warner Park in St Kitts.

The triumph represented the first time that the regional women were recording a series whitewash over an established International Cricket Council top-three ranked team.

“I have never seen us play this type of cricket before,” said Taylor, shortly after the series triumph, which put the 2012 beaten ICC World Cup finalists in pole position atop the new ICC Women’s Championship table.

The West Indies, as a result of winning the first three matches of the series, currently have six points. The points are identical to Australia, the reigning world champions, who recently defeated Pakistan in a recent series. The West Indies, however, lead by virtue of having a better net run rate of +0.35.

“I think the girls are really maturing, both as players and as individuals,” said Taylor, who added that going forward ‘it was good’ for the team.

The 23-year-old, who ended the one-day series with 159 runs to finish second to overall leader, behind teammate Deandra Dottin, who scored 176, also pointed to the upcoming Twenty20 series against the New Zealanders.

She said the series, which bowls off tomorrow at Arnos Vale in St Vincent, presented a good opportunity for the team to ‘complete the double’, as well as end on a high ahead of their preceding tour of Australia in November.

The West Indies were beaten 3-0 in one-dayers and 4-0 in Twenty20s, while on tour of New Zealand earlier this year.

“This is a revenge series, as we had a hard tour in New Zealand where it was really, really tough,” she said.

“It is really good to know that we are at home and that we bounced back well as we really needed it going into our tour of Australia.

“We hope that winning the one-day series will give us good momentum going into the T20s, where hopefully we will finish off well again, and have an overall good home series.”