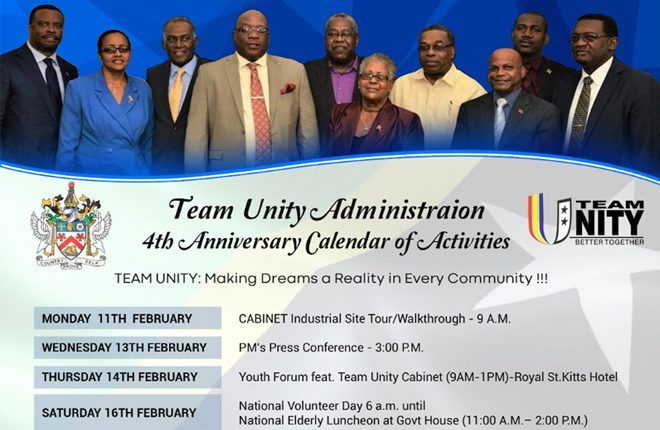 The Government of Team Unity met and interacted with the people of Nevis on Monday as its 4th anniversary celebrations continued with a Community Consultation at the St. Paul’s Anglican Church Hall.

Premier Brantley told persons present as well as those listening live via radio and television, the reasons why the government decided to host the Community Consultation.

The Premier said the consultations are of great importance and thanked the Ministers at the head table for being present.

The meeting was hosted by Deputy Premier of Nevis Hon. Alexis Jeffers.

The next community consultation will take place on March 5th in constituency #3.

The Team Unity 4th Anniversary Community Consultations are being held under the theme ‘Team Unity: Making Dreams a Reality in Every Community!!!’