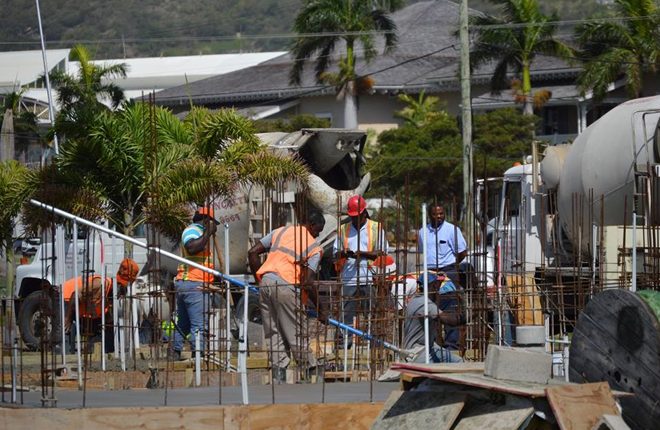 BASSETERRE, St. Kitts, August 14, 2018 (Press Unit in the Office of the Prime Minister) – Prime Minister of St. Kitts and Nevis, Dr. the Honourable Timothy Harris, has said that his Team Unity administration is committed to reviewing the country’s minimum wage rate, which currently stands at $9 an hour, based on a 40-hour work week.

“The Team Unity administration will pursue a revision of the minimum wage and we will wait to see what the outcome of that matter is,” Prime Minister Harris said while noting that discussions on the matter between critical stakeholder groups have already begun.

The prime minister was at the time responding to a question while appearing on WINNFM’s “Straight Talk” radio programme with host, the Honourable Ian Patches Liburd, on Monday evening.

Dr. Harris noted that the discussions on the revision of the country’s minimum wage rate will be led by Senior Minister and Minister of Labour, the Honourable Vance Amory.

Prime Minister Harris added, “The matter of a livable wage has always been an important part of the agenda of the Team Unity administration because we have been concerned that people should be able to live with dignity and decency and we appreciate that the wage, and indeed the minimum wage, was a clear starting point as to how well people would be able to live in a satisfactory condition.”

The minimum wage rate in St. Kitts and Nevis was last changed in November 2014.