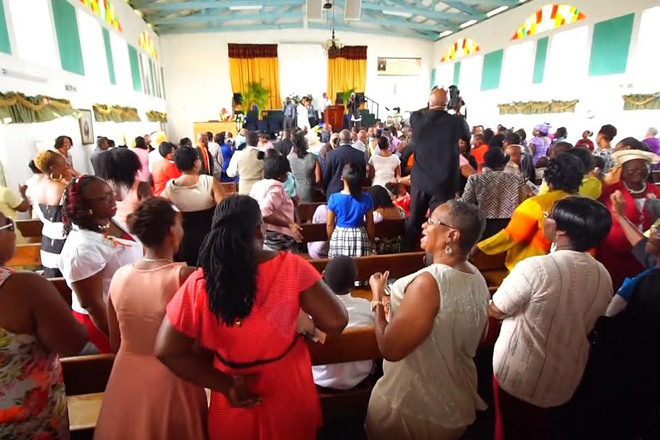 (ZIZ News) — Activities to mark the anniversary of Team Unity being elected to office continued on Sunday with a church service at Mount Carmel Baptist Church.

Hundreds of residents filled the church to celebrate with the Unity representatives.

Government officials took part in the programme reading scriptures or delivering addresses. Among them was Prime Minister Dr. The Hon Timothy Harris.

Dr Harris pledged the government’s commitment to work in the best interest of the people and called for their continued support.

“We will not get weary in doing good. And we will not get wearing of doing good on behalf of the mass of people in St. Kitts and Nevis. And we ask, as we continue this challenging work, because you know from whence we came. You know, one year ago, the challenges that were there”.

Other activities planned to mark Team Unity’s anniversary include one-on-one consultations in each constituency on Tuesday, the launch of new Government Portal and / E-Government Network on Thursday, and the Sounds of Peace Anti-Crime Concert at The Circus on Friday.