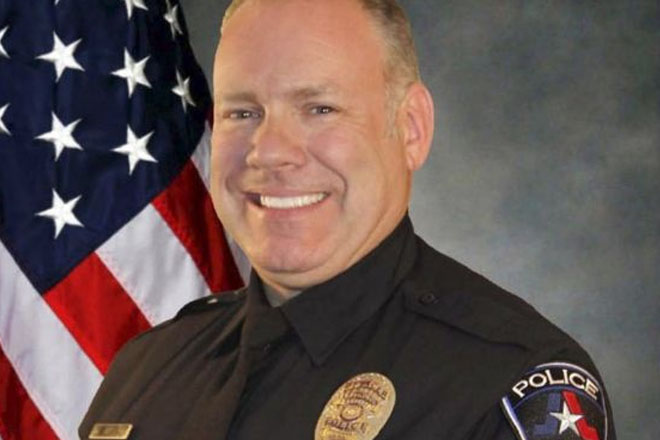 The case, which attracted widespread attention, took place on Friday, two days before the one-year anniversary of the Michael Brown shooting in Ferguson, Missouri.

Police chief Will Johnson told reporters that rookie police officer Brad Miller — who was still in what police call field training — shot Taylor on Friday inside a car dealership, after police responded to a call for a suspected burglary there.

“This is an extraordinarily difficult case,” Johnson said. “Decisions were made that have a catastrophic outcome.”

Johnson said there were several instances of bad judgment by Miller that led to his being fired.

Miller’s tactical misjudgement in the shooting officially led to his firing, but the fact that Taylor was shot and killed did play a role in the chief’s decision, police spokesman Christopher Cook added.

The case may be given to a grand jury but no charges had been filed as of Tuesday.

Johnson also said the FBI, cooperating in the case, would “act accordingly if it’s determined that a civil rights violation occurred.”

Outrage over the police killings of Michael Brown in Ferguson, and other unarmed African Americans has been channeled into a sustained nationwide movement, with the social media hashtag #BlackLivesMatter becoming its rallying cry.