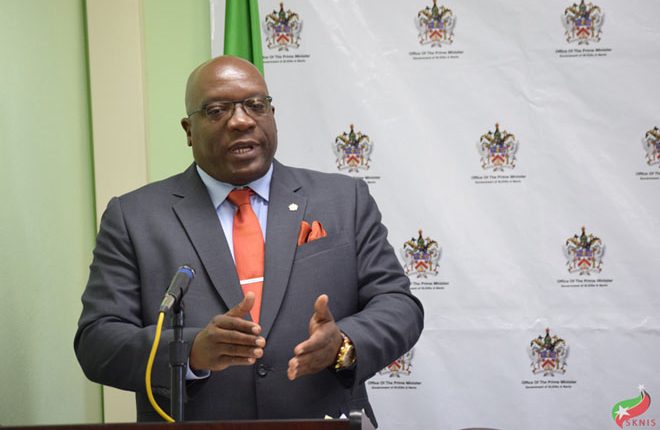 BASSETERRE, ST. KITTS, OCTOBER 25TH, 2017 (PRESS SEC) – Prime Minister Dr. the Honourable Timothy Harris said today, Wednesday, October 25th, 2017, that the Government of St. Kitts and Nevis continues to investigate the circumstances surrounding the issuance of a diplomatic Dominican passport to the Leader of the Opposition.

Prime Minister Harris said the investigation found that the government of Dominica issued a diplomatic passport to St. Kitts and Nevis’ Leader of the Opposition, the Honourable Dr. Denzil Douglas, on July 30th, 2015.

The diplomatic passport, which has an expiry date of July 29th, 2020, was issued a mere five and a half months after the Denzil Douglas-led St. Kitts-Nevis Labour Party suffered a stunning defeat in the February 16th, 2015 general elections, winning only three out of the eight seats that were contested in St. Kitts.

Prime Minister Harris pointed out the irony of this situation during his press conference today, while noting that, “The mouthpiece of the Douglas Party, the Labour Spokesman, challenged the eligibility of the Honourable Shawn Richards and the Honourable Lindsay Grant to become members of Parliament. The Honourable Eugene Hamilton was taken to court by the Douglas regime over holding not an American passport but a green card. Hundreds of thousands of dollars were spent to satisfy his Machiavellian passion.”

The Honourable Prime Minister further stated that, “It is tragic that the said ‘ten man in one,’ Dr. Denzil Douglas, who led the fight against others, could now have entangled himself in issues of eligibility to serve in the People’s Parliament.”

Prime Minister Harris said the significance of the situation should not be lost on the electorate. “The qualifications required of those elected to sit in the National Assembly are constitutionally entrenched [in Section 28 of the Constitution] and intended to prevent any actual or perceived conflicts of interest arising from divided loyalties,” Dr. Harris said, also noting that, “This constitutionally entrenched qualification has been further codified by the National Assembly Elections Act, the Act of Parliament passed pursuant to the constitutional grant of power to Parliament.”

Prime Minister Harris said the conflict of interest is clear with respect to the finding that the former prime minister has a diplomatic passport from Dominica.

“No man can serve two masters: for either he will hate the one, and love the other; or else he will hold to the one, and despise the other,” the Prime Minister of St. Kitts and Nevis said, quoting part of Matthew Chapter 6, verse 24 in the Bible.