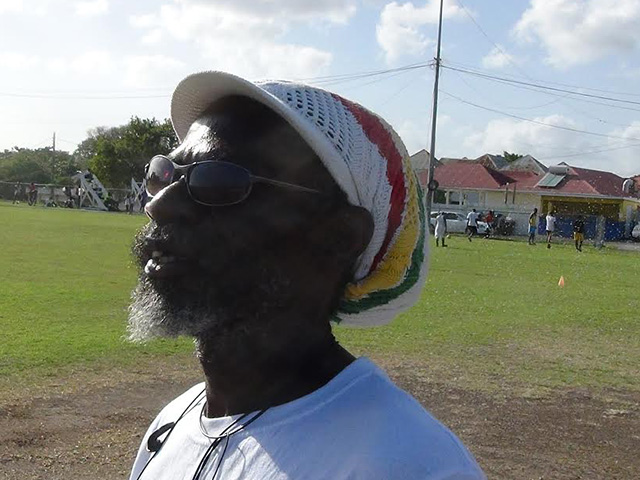 The Groundsman side of the story with Jabal

Errol JABAL Tyson has been preparing pitches in Nevis for approximately thirty years now.  He learnt his craft alongside then curator of the then Grove Park, Denzil TUCKETT Parris.

He has also assisted in pitch preparation at Warner Park in St. Kitts for international matches.

As the semi finals in the ongoing Nevis Premier league approach this coming weekend, Jabal is convinced that the cricketers would all say that he has prepared some very good tracks for them.

‘They would all get out of it what they put in,’ he opined.

He was also quick to point out that his role as a grounds man is not as easy as it may appear.

‘It’s not just about grassing, wetting and rolling the pitch. Different weather conditions require different types of treatment to the pitch,’ he said.

As regards enrolling youngsters to learn the craft, he noted that disappointingly, he has made approaches to some of the youngsters at the Secondary schools and offered to teach them the basics in pitch preparation but no one has come forward as yet.

Jabal will however continue doing what he can to assist the cricketers on the island, as he is committed to seeing the Nevisian cricketers move to the top of their game.