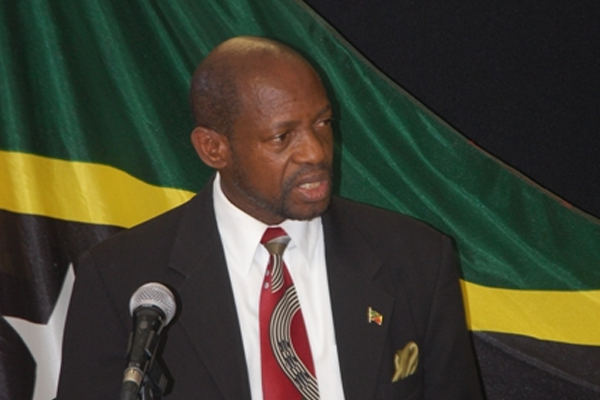 Basseterre, St. Kitts, (CUOPM) – St. Kitts and Nevis’ Prime Minister the Right Hon. Dr. Denzil L. Douglas says the Motion of No Confidence cannot be debated until the High Court hears and gives a ruling on several declarations requested by the Speaker of the lawmaking body.

Responding to a statement made by the St. Kitts and Nevis Chamber of Industry and Commerce on the outstanding matter at the opening session of the National Consultation on the Economy, Prime Minister Douglas said his government is very confident there is no instability with regards to investment opportunities in this country, when you look in particular at the tremendous improvement in the rollout of new projects that are as a result of foreign direct investment.

“We are certain that there is no damage to the image of St. Kitts and Nevis, not after the several leadership roles that we have been called upon to pursue in the region and in international and global community with the regards to the welfare of people all over the world,” said Dr. Douglas.

“I therefore wish to remind us that under the Constitution and Standing Orders, there is no stipulated timetable within which the motion of no confidence should be debated in our National Assembly,” said the Prime Minister.

He pointed out that before the Assembly could set a date for the motion to be heard after a commitment was made to the Chamber in December of last year, “the issue was placed within the jurisdiction of the Courts and the matter became subjudice and it is still so.”

“The matter was placed there by the Opposition, and the Speaker of the National Assembly has already ruled on this particular matter,” said Prime Minister Douglas.