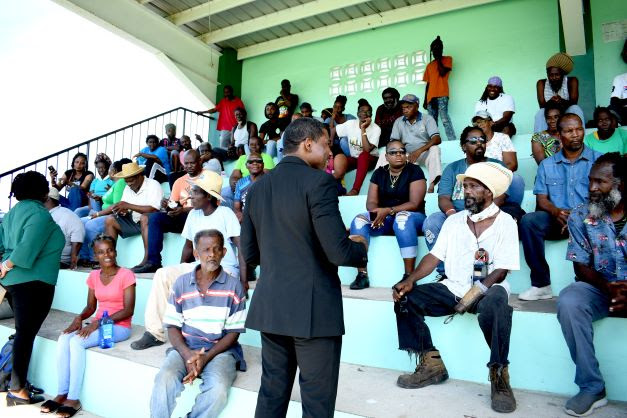 BASSETERRE, St. Kitts, September 09, 2022 (SKNIS) – The employees of the Parks and Beaches Unit within the Ministry of Environment were today, Friday, September 09, 2022, reminded of the important role they play in maintaining the beauty and attractiveness of the country for its citizens and residents, as well as visitors to our shores.

Prime Minister Dr. Drew, who also serves as the Minister of Health in the Federal Cabinet, supported Minister Clarke’s remarks by adding that much of the success of the country’s growing tourism sector begins with them.

Following the introductory remarks, the honourable Ministers and the Permanent Secretaries then listened to the views and concerns expressed by the employees. Prime Minister Drew gave the assurance that his administration, through the Ministry of Environment, will work towards resolving as many of the concerns as it reasonably can.