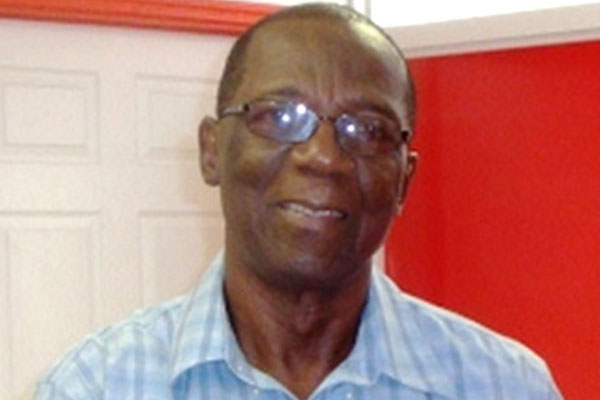 The People’s Voice hosted by Ambassador Michael Powell returns with the Prime Minister of St. Kitts and Nevis as first guest

(PRESS SEC) – His Excellency Ambassador Michael Powell, Special Envoy in the Office of the Prime Minister of St. Kitts and Nevis, will relaunch his immensely popular radio programme The People’s Voice on Sugar City 90.3 FM this Monday, August 22nd, 2016 after a hiatus of approximately four months.

Prime Minister Dr. the Honourable Timothy Harris will be Ambassador Michael Powell’s first guest on Monday morning from 9:00am to 10:00am and, if you happen to miss the broadcast, you can hear the rebroadcast on Monday night from 8:00pm to 9:00pm.

Every Monday, Wednesday and Friday morning from 9:00am to 10:00am, new episodes of The People’s Voice hosted by Ambassador Michael Powell will air on Sugar City 90.3 FM, with rebroadcasts played from 8:00pm to 9:00pm on those respective days.

The Special Envoy in the Office of the Prime Minister launched The People’s Voice on Wednesday, June 10th, 2015 on Sugar City 90.3 FM. His first episode featured Deputy Prime Minister the Honourable Shawn Richards, who spoke about Team Unity’s first 100 days in office.

Two weeks prior on Wednesday, May 27th, 2015 – 100 days since the general election on Monday, February 16th, 2015 – Prime Minister Harris held a press conference, where he announced ambassadorial appointments, civil service appointments, and other appointments, including those pertaining to several boards.

His Excellency Ambassador Michael Powell served as Deputy Premier from 1980 to 1983. He was elevated to Deputy Prime Minister on September 19th, 1983 when St. Kitts and Nevis attained Independence from Great Britain. Ambassador Powell served as Deputy Prime Minister up until 1992. During those 12 years of government service, Ambassador Powell oversaw a range of portfolios at various points, to include Agriculture, Lands, Housing, Labour, Tourism, and Social Security, and he was also Leader of Government Business in Parliament. He is a founding member of the People’s Action Movement (PAM), which was formed on January 19th, 1965.

Prior to the February 16th, 2015 general election, which saw a resounding victory at the polls by Team Unity, Mr. Michael Powell hosted a radio programme on Sugar City 90.3 FM titled Changing Times. Introduced to the airwaves shortly after the successful launch of the Team Unity Movement when Dr. Harris was announced as the movement’s leader on Thursday, September 26th, 2013 at Greenlands Park, Changing Times set itself apart from all the other talk shows from the outset.

“I don’t take calls. I believe in giving my guests an opportunity to sit down and outline their policies without interruptions,” Ambassador Michael Powell said yesterday, Saturday, August 20th. “This is one place where they can really get into what they want to get into, and it worked very well for the two years leading up to the election and it will work well.”

Ambassador Michael Powell explained the nuances between Changing Times and The People’s Voice. “That show was calling for change and so I thought it was appropriate to call it Changing Times. Now that that show was successful and we got the change, it turned into The People’s Voice, to echo the voices of the people out there,” the radio host said, adding that, for the very first time, his listeners would have a chance to email their questions. He assured that a wide range of emails, “both positive and negative,” would be read and addressed on the air. The email address is sugarcitylive@gmail.com.