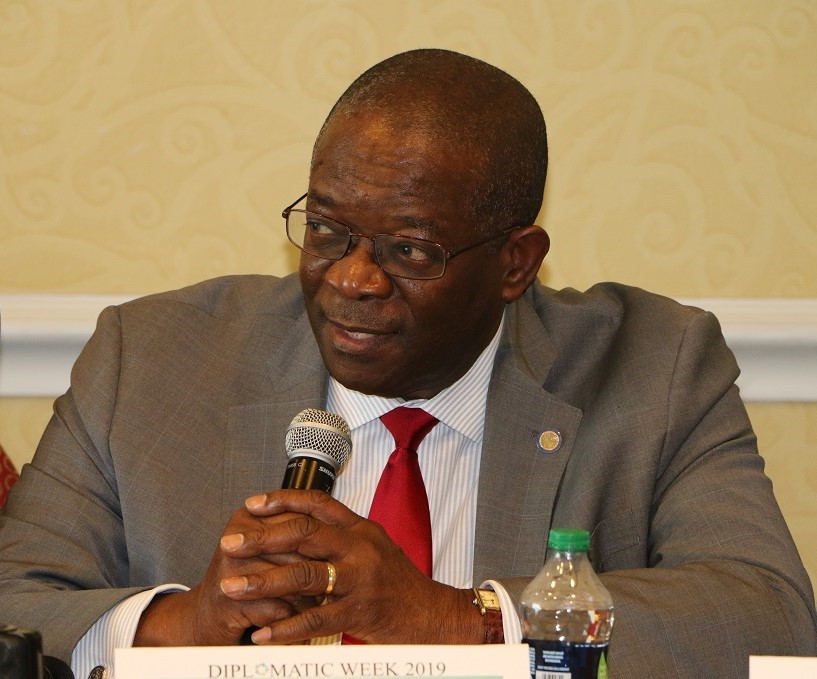 The State Of St. Kitts And Nevis Is Good, Says OAS Diplomat

Basseterre, St. Kitts, September 23, 2020 (SKNIS): The state of the union in St. Kitts and Nevis is good, says His Excellency Dr. Everson W. Hull, the country’s Permanent Representative to the Organization of American States (OAS).

Dr. Hull appeared on the Tuesday (September 22, 2020) edition of Leadership Matters – Virtual Forum Series and highlighted some of the key performance indicators that show impressive results for the twin-island federation when compared to the other 34 member states of the OAS.

Net migration was one such indicator outlined during his online presentation.

The diplomat also pointed to per capita growth which calculates the percentage change in the real Gross Domestic Product (GDP) per capita between two consecutive years.

“With the single exceptions of the Bahamas and most recently Canada, St. Kitts and Nevis is now ranked third in per capita income … among Western Hemispheric states,” Dr. Hull said. “I note also that on August 18, 2020, updated data from the World Bank shows that St. Kitts and Nevis now has a higher per capita income than our oil-rich friends in Trinidad and Tobago. For me, this is of paramount importance. We are outperforming the giant countries of Argentina, Brazil, and Colombia and in our own CARICOM region, outperforming Barbados, Jamaica and now Trinidad and Tobago.”

The diplomat noted that while St. Kitts and Nevis has no significant natural resources such as oil, minerals or bauxite, the country was able to achieve such because of the exceptional fiscal management by the government. Over the past five years, the government attracted new foreign direct investment, did not introduce any new taxes, and paid down the national debt.

A large tax cut in the United States, as well as the removal of some government regulations, also contributed favourably to St. Kitts and Nevis’ growth as a result of increased tourist arrivals.

H.E. Hull encouraged fellow nationals not to rest on their laurels but to work to consolidate gains, particularly in this ever-increasing competitive environment.